The first morning in Taipei we were on our own. Before his family arrived that afternoon, My Husband and I were on a mission – well, 2 missions in fact – 1) Buy a sim card for our phone (his idea not mine!) and 2) get train tickets for the second part of our trip. We were prepared for a difficult task since we didn’t speak Mandarin.

We found a 7Eleven and asked about a sim card. The girl at the counter smiled and shook her head. She couldn’t understand us, but she very sweetly did her best to understand our sign language. Behind us a young employed asked if he could help, in pretty sound English too. He took care of us, and seemed delighted and proud (as he should be) that he could communicate with us. They didn’t have what we needed, but he took us outside and gave us directions to a shop that he thought could. We were both very impressed by his helpful attitude.

As it turned out coverage in Taroko Gorge would be patchy and we’d have wi-fi in our room. My Husband decided to go out on a limb and forgo the sim card – yay  – freedom!

At the train station, we had a similarly lovely interaction with the guy in the information kiosk. He figured out which train would be best for us and then wrote out the specific thing for us to ask for which we brought like trusting children to the ticket both and purchased our tickets. It was that easy

We spent a weekend in Taipei with My Husband’s family. Our Nephew spoke Mandarin, Cantonese and English, so we were all able to communicate with each other and with the locals.

Taipei is a lovely city. Think Hong Kong, with breathing space. It had a really futuristic feel with it’s ultra modern buildings and malls. At night the streets were lit up and felt safe and welcoming. 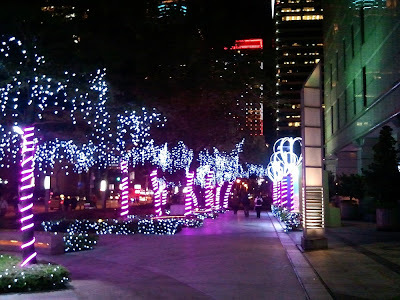 My Husband was fascinated by Taipei 101 – so named because it is 101 stories high. When it was built it claimed the status of the worlds tallest building and still ranks amongst the top ten. 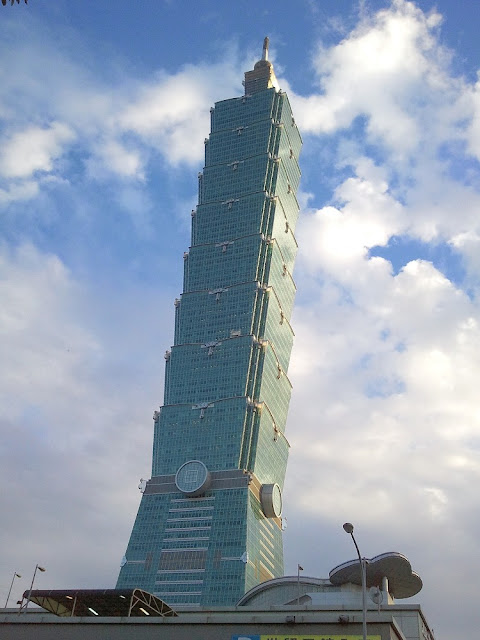 But what intrigued us was the golden damper that earthquake-proofed the building. Ambitious to build such a high building in such a seismically active area, the engineers suspended this globe on a hydraulic system to counteract the swing and sway of the building during an earth quake to prevent it from coming down. 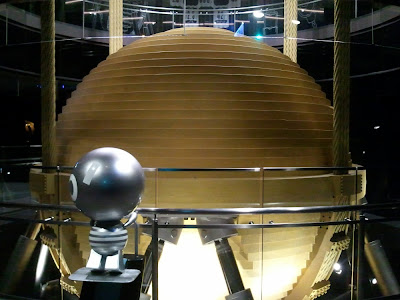 So we had to nerd out and go see it. Unfortunately, it seemed that half of China had the exact same idea at the exact same time! Bus loads of Chinese tourists had arrived just before us. The queue for the elevators took an hour and a half – each way – even with the world record for fastest elevator. 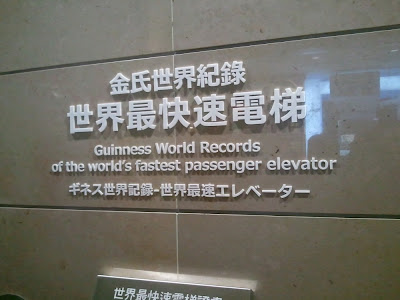 Now that China is “opening up,” Taiwan is a popular holiday destination. That said, if you want to get to the top of the Empire State Building, Eiffel Tower, CN Tower or view most other high profile tourist spots in the world you will be faced with long queues, so if you absolutely must go, be prepared.  Otherwise, I thought Taipei 101 was just as  beautiful from the ground looking up – even at night. 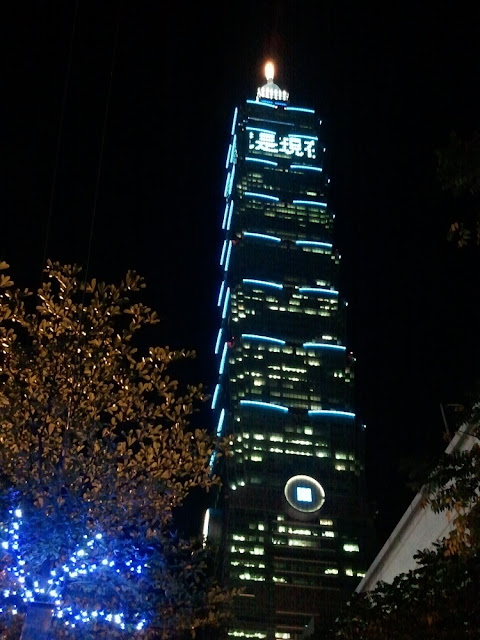 Generally, I’m not a museum person. I do find myself apologizing for that. I wish I could get excited about museums and art galleries, as it seems so cultured and grown-up but, well, I am who I am.

I do love miniatures (doll houses, train sets, town planning models etc) so I reckoned the miniatures museum would be worth a look. I wasn’t wrong! I took hundreds of photos but later realised that I should have included scale in all of them.

For example – would you believe that this candelabra is  only two inches across? 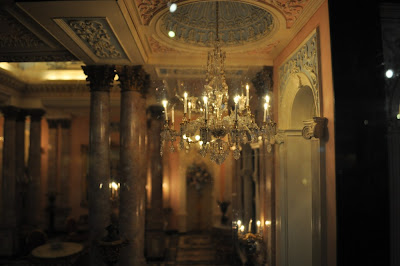 I stuck my hand into some pictures so you could get a feel for the scale. 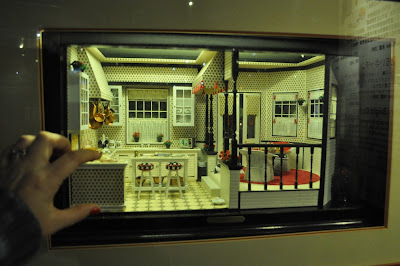 Take some time on each photo and enjoy the attention to detail. 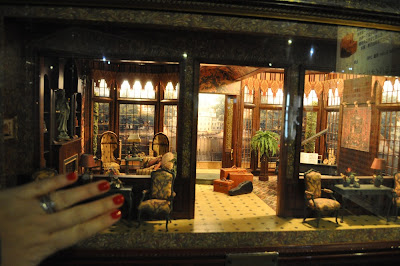 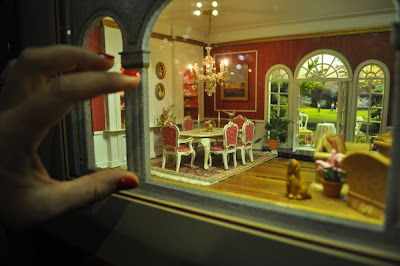 And amazingly this miniature had miniatures of its own! 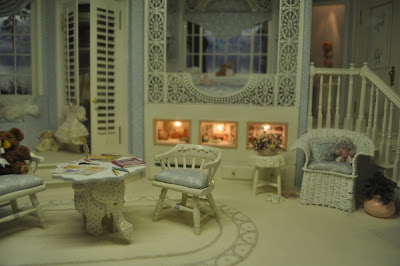 They had Buckingham Palace and European Market scenes – I made slideshow of the other pictures I took.

There are lots of museums in Taipei, but apparently if you can (or will) only go to one it should be the National Palace Museum. 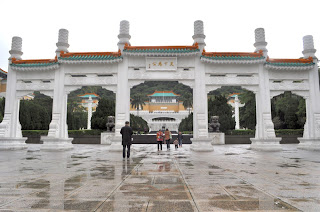 Once inside you cannot take photographs. Perhaps that is what engaged me so much in the Miniatures museum.

So what did I think? Well, it was a rainy day so an indoor activity was good. It was very crowded, and the exhibits were very old. Some have come a long way to be there and the story (or speculation) behind that was interesting. I managed to do about an hour and a half and then discovered they had a really nice coffee shop!

If museums are your thing, you will love Taipei. This, from a gal who found the museums in Amsterdam boring (sorry)!  And I think  if when I go back, I’d like to visit the Jade Museum as I really liked looking at the ting intricate carving on the jade. Perhaps I’m being converted into a museum goer after all?

More to come on Taipei….

1 reply to A Tourist in Taipei