Day 12 West Yellowstone – Boise, Idaho
Mileage  367 miles  States – Montana, Idaho
Technically it was “Head for home” Day, but we had many miles to go to get home and lots more National Parks to check off our list.
Cozy at it was, I was happy to leave our self catering apartment in West Yellow – the exorbitantly priced accommodation that meant we’d have to stay in two-star motels for the rest of the trip if we wanted to balance our budget!
My Husband and I must have gypsy blood in us. We felt great being back on the road again. 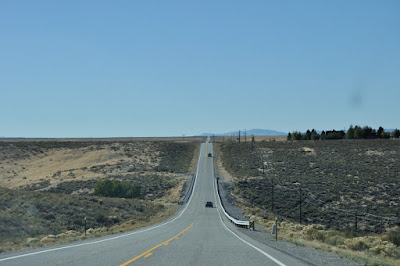 Gentle green (well greenish – not green by Irish standards but green by Californian drought standards) pastures rolled out all the way to the hills in the distance. We weren’t sure what those hills were, but they were pretty. I though this scene could have been from any good Western! 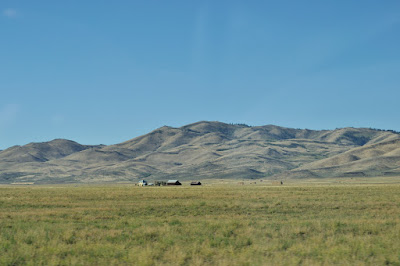 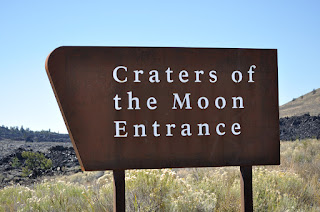 The lava that produced this 750,000 acre park welled up from what is known as the Great Rift as recently ago as 2000 years. Geologist believe that future events are likely. As the Europeans pushed into this area in search of farm lands or gold, they mostly avoided this place. It’s not hard to see why, in an age where life was already harsh who would seek out such extremes?

They even went so far as to name an area the devils orchard. Limber Pines did eventually grow here but they became infected with dwarf mistletoe, a parasitic plant, that  caused the branches to distort into grotesque tangles called witches broom. 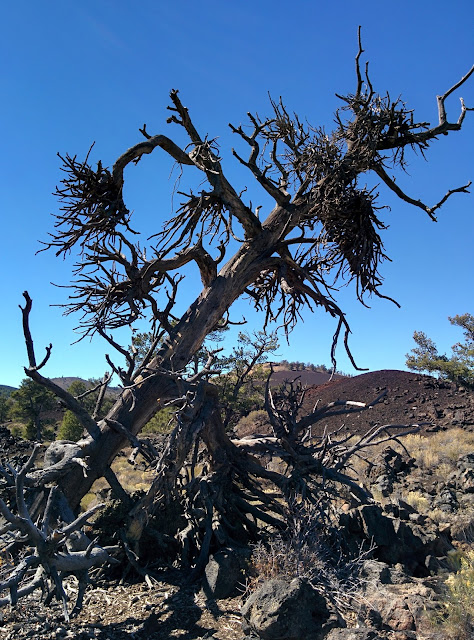 Early caretakers of the park mistakenly cut down all these trees thinking they were saving other trees from future infection without realizing that this was a natural and long standing relationship between the two species. Bad judgement based on what they considered unsightly!

The lava fields are bleak and foreboding yet, still hold a stark beauty all of it’s own. I wish I could have stood with the Shoshone, way before the Europeans arrived, and witnessed the eruptions that sparked the stories passed down in their oral tradition that indicates they had front row seats to the event.

In saying that, it is worth mentioning that it must be a bit like watching the volcano on the Big Island of Hawaii as it oozes lava today. I wonder what explanations the Shoshone had for it. 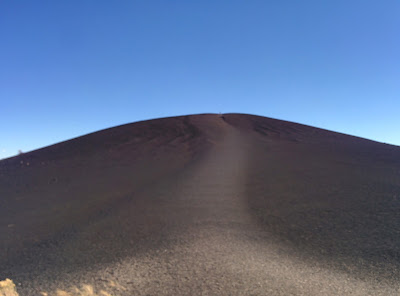 Surprisingly at the top if this giant cinder cone there was  beautiful tree, almost magical in it’s existence.  Very Roald Dahl! 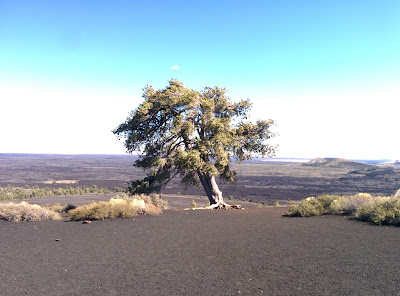 It wouldn’t have surprised me if a strange creature or a huge piece of fruit engaged me in conversation as I sat in it’s shade, looking for miles out across Idaho. 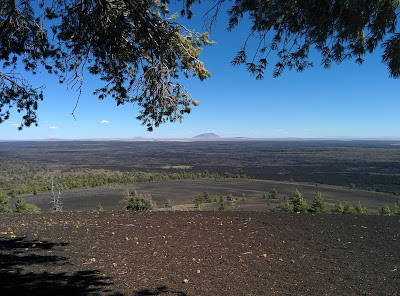 With another park ticked off our list, we headed for Boise, Idaho where we were lucky to find a great deal at the Cotton Wood Suites down by the Boise River, just in time to watch these geese at sunset. 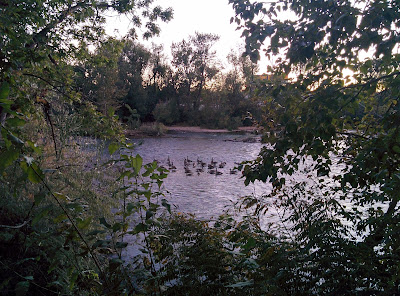 Filed Under : Craters of the moon, Devil's orchard