We arrived in New Zealand feeling rotten. Not just because we were bidding farewell to our lovely friends in Singapore, but also because we’d both picked up a bug. Worried it might affect our admittance into the country – we both had fevers – the relief of getting through the airport at Auckland was short lived as we waited in misery for 4 hours for the connecting flight to Christchurch. At the time of booking it had seemed like a great idea to go straight through to the South Island, even after a long haul flight, but we hadn’t banked on being ill – well, who does really?

By the time we reached Christchurch, we were a bedraggled pair, but oh, so ready for a soft bed and a long sleep. Being the least sick of the pair of us, I drove the hire car to our accommodation, a merciful short couple of miles from the airport. We’d had the foresight to pick up some sandwiches in the airport, so when we got to the Airport Birches Motel all we need to do was eat, shower and collapse – which is pretty much how it went. The accommodation was really comfortable and handy for the airport.

The cool New Zealand air helped us sleep well, as did being unconscious with fatigue, and drugged up on brufen! We woke the next day feeling a bit better. Our bug did travel with us for the next week or so, but that’s all I’m going to say about it. It sucked to be sick and traveling, but I’d have to say, it would have sucked more to be home and sick. For me, traveling makes everything better – even the flu!

Next morning, we grabbed some supplies at a supermarket and hit the road. The plan was to begin our three weeks in New Zealand in the far south and work our way north to cash in on the last of the summer weather. Our first goal was to get to Milford Sound, the nearest town to it being Te Anu. We decided that we’d be happy to spend four hours a day in the car, so that meant we’d stop for the night in the middle of the  South Island a little south of Mount Cook. 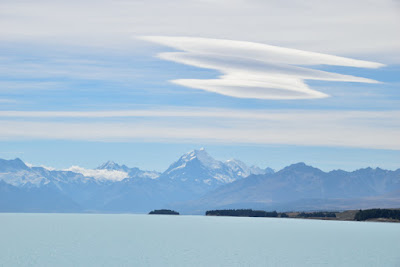 The scenery was beautiful – as we’d expected from New Zealand. It still came a s pleasant surprise how alike it was in places to Ireland. 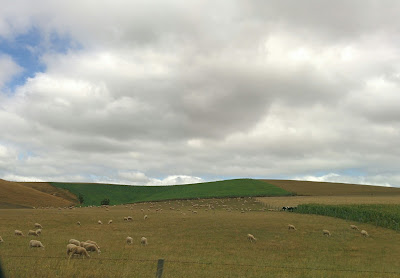 We stopped at Omarama. The hotel we stayed at was called The Countrytime Hotel. It was fairly basic, dated and not the cleanest, but it would do. The town, of you could call it that, was set in high hills that were approaching mountain status. 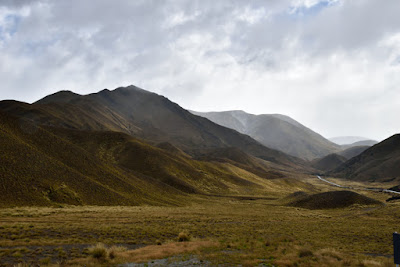 The views were gorgeous and despite being a tiny wee town, there was a variety of things to see – too many for a one night stop. This was our problem for most of our stay. We wanted to see everything, but didn’t have enough time.

The claim to fame for the place is the Omarama Hot Tubs. You get a private wooden tub filled with filtered lake water and warmed with a wooden stove. 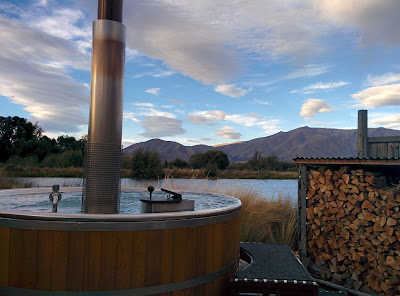 Here’s the view from the tub!  It was simply wonderful. I could have sat there all night and watched the changing sky, but we were getting hungry… 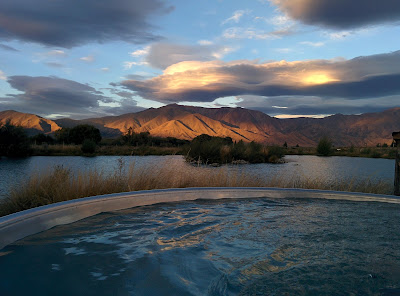 Time had slipped away from us and we realized we needed to get back to the hotel before the restaurant closed at 9pm. We walked into the restaurant at 8.55pm. The hostess told us the kitchens were closed. There was nowhere else in town open either.

Earlier that day we’d bought precooked bacon. It was a middle cut, so we’d eaten the leaner “back” portion and thrown the fatty “streaky” portion in the bin. It was time to go “bin hoking!” 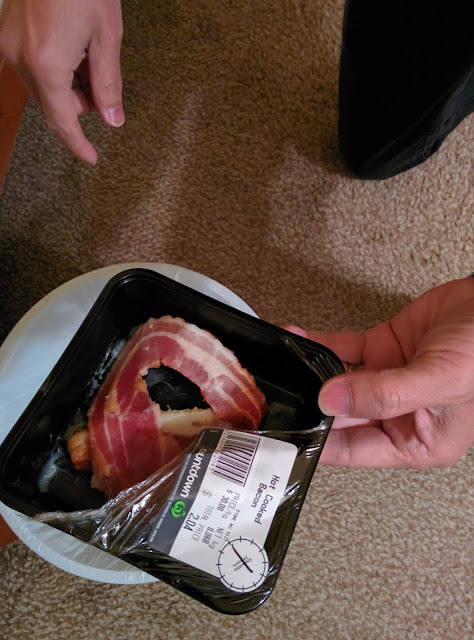 We washed the bacon in boiling water from the in-room kettle, (no microwave unfortunately) and did a stock-take of our emergency road trip food supplies. 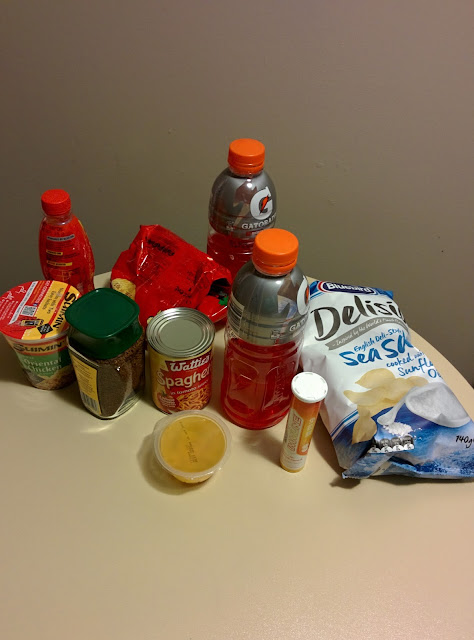 Not exactly gourmet but we’d not starve.

I went to bed looking forward to breakfast.

Breakfast was a disaster – A really expensive breakfast buffet of cold sausages made from God-only-knows-what, congealed-yolk fried eggs and cardboard bacon. The DIY toaster set our toast on fire – no kidding! I was so disappointed.

The food in New Zealand didn’t really improve much the whole time. I guess you just can’t be good at everything, and so we concentrated on enjoying what New Zealand does do well – the scenery!

Before we left the town that morning, we took a drive out to see the Clay Cliffs. This was an interesting stop. It was like a little snippet of what we’d seen in Utah last September. 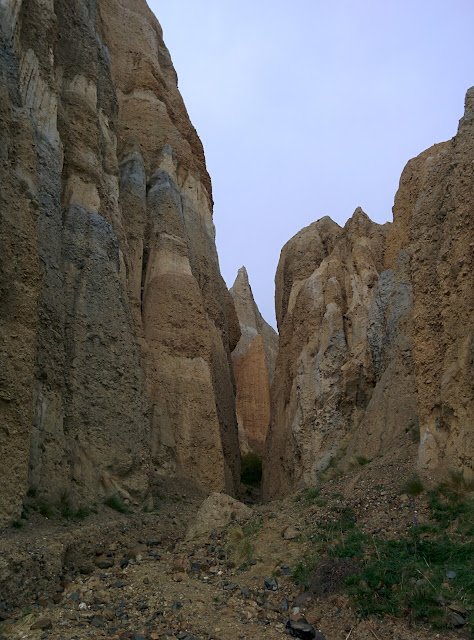 We were joking saying, “That’s the problem with Utah – it spoiled you for the rest of the world!” But I must say I was still happy to be were I was, doing what I was doing. 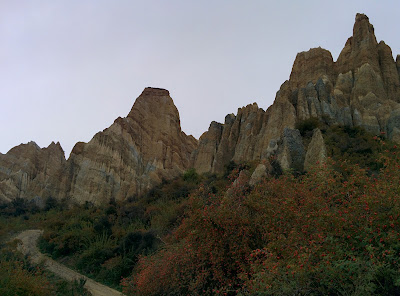 With that box ticked, we decided to head onwards to the next town.

The rain started and made the scenery even more dramatic and even more like Ireland than before. 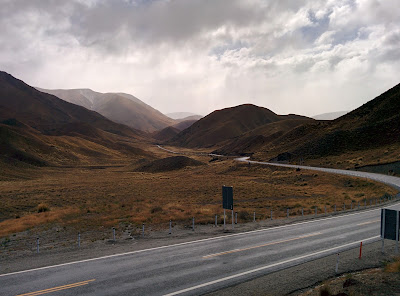 And despite being sick, jetlagged and hungry it was great to be on the open road, exploring. Our hearts were free and happy.