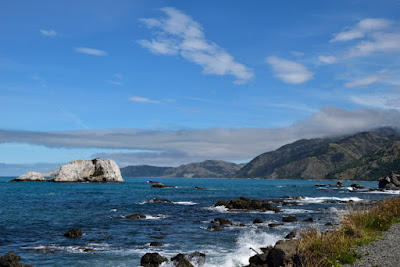 The road along the north east coast of the south Island runs most of the way right alongside the beach. We gazed for several hours at a palette of fresh blues and turquoises, each twist in the road bringing forth more exclamations of how gorgeous it was. 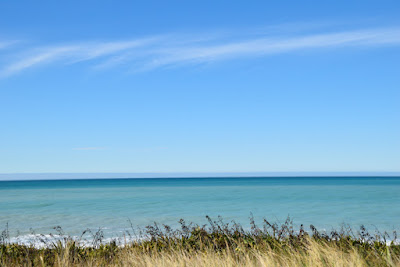 At one point we stopped to get out and take pictures. We were out of the car and overlooking a small cliff-like drop of about a dozen feet when I noticed fur seals on the rocks – a whole colony of them in their hundreds, stretching all along the coastline. 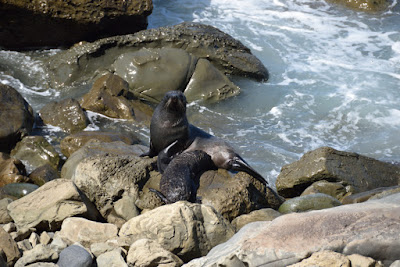 Even more exciting, they had babies and many were suckling. 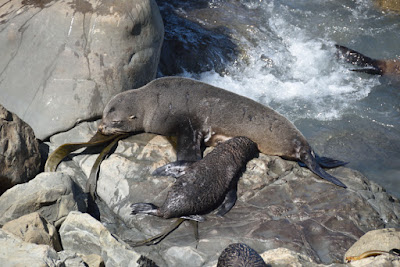 It seems we had discovered the Kaikoura Seal Colony. After hanging out here for a while we set off again for Christchurch.

It was with some amusement that we ended up in Belfast first! 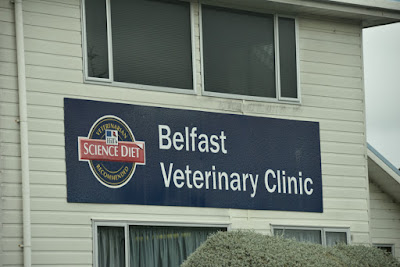 You can walk and cycle on the Belfast road (perhaps on your way to the cemete…ry? I guess…) 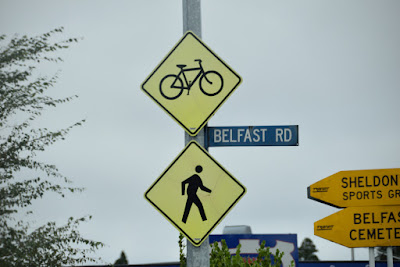 Belfast seems so out of place besides the exotic names of the South Pacific! 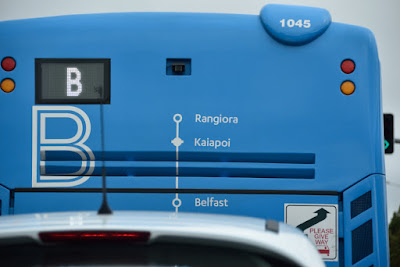 For our two night stop in Christchurch we stayed in a gorgeous one bed-roomed apartment in The West Fitzroy apartment complex on the Armagh Road! It really was a home from home.

Part of our motivation for staying in Christchurch was to find out how it was recovering after the big earthquake in February 2011 and to support the regrowth of the city.

I’d been hoping to write an uplifting post about how the people of Christchurch had inspired me with their fortitude. Sadly that wasn’t the case. Instead, I only saw a sad city embroiled in petty politics and in-fighting that resulted in a stalemate, halting any progress beyond the “make-do” arrangements they’d put in place immediately after the quake. Insurance companies were refusing to pay out and people were understandably frustrated that their city was now suffocating in a quagmire of red tape and bureaucracy.

At least this was the impression we got when we took the city tour. The tour guide and a couple of locals on the tour (they were hoping to become guides) did nothing but bicker with each other about the decisions that had been made and sniped at the politics behind it. It created a nasty atmosphere in my opinion. Perhaps, we’d just been unlucky to have that perspective thrust upon us, but it certainly tainted my view of the city.

If this was how a “first world” country coped with the aftermath of such devastation, what hope was there for less wealthy places like Haiti, Mexico and Nepal? I have not visited any of these and so have nothing to compare it with. I wonder if perhaps not having insurance and red tape allows you to forge ahead and fix the place up.

They still had the Re:Start Container Mall in place. An ingenious use of cargo containers that was intended  to tide them over until the rebuild. They are all still there and threatening to become a permanent fixture. 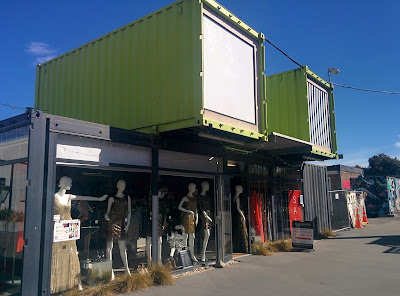 The destruction of the Christchurch Cathedral seemed to really knock the city sideways. Especially tragic because the scaffolding that was shoring up the building after the earthquake in 2010, fell and took out so much of the building during the February 2011 quake. 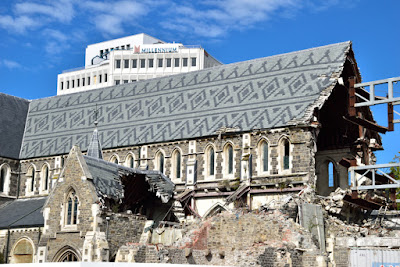 Our tour guide made no secret of the fact she abhorred the Transition Cathedral. 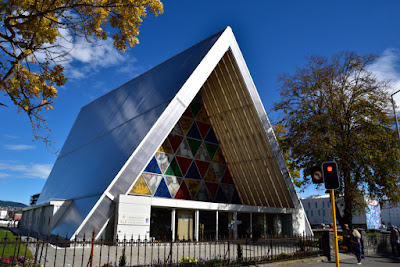 It’s base was constructed from containers which were used as offices and meeting rooms. 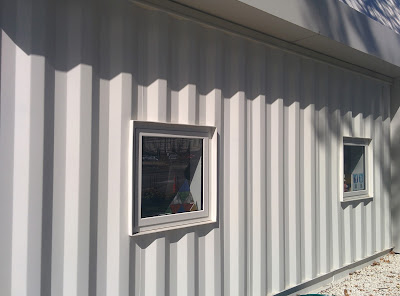 The huge cylinders holding up the roof were made from huge rolls of cardboard, hence the nick name the “Cardboard Cathedral.” We’d been really looking forward to seeing this, but our guide’s obvious disgust at the building put us off asking our usual nerdy questions… it was a case of shut up and put up… a lesson I reckon our guide could have used. 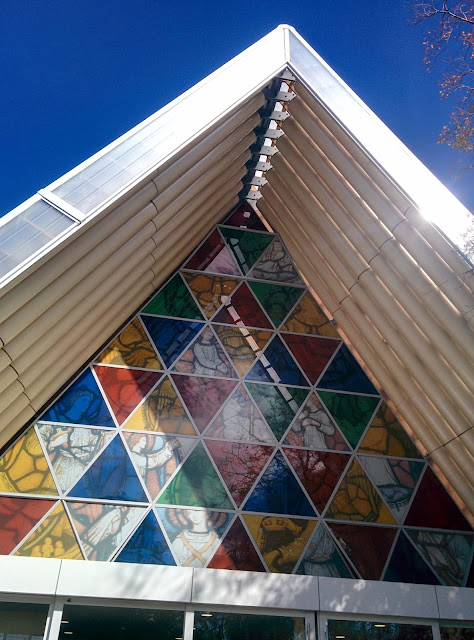 Some buildings had been beautifully restored – like these university buildings. 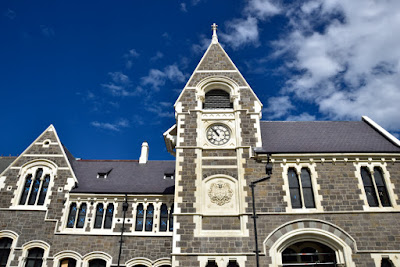 However, it was more common to see many derelict and abandoned buildings. 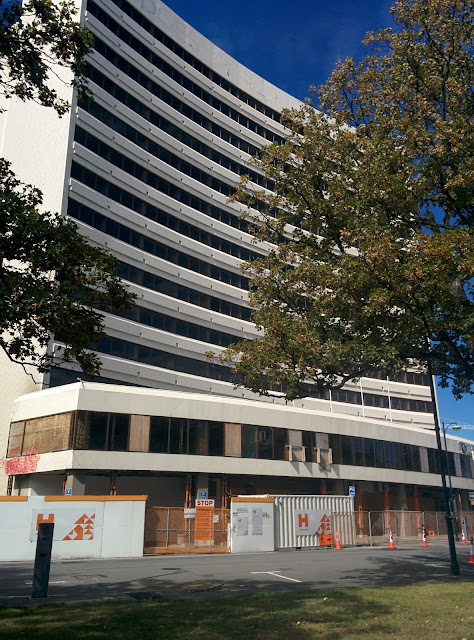 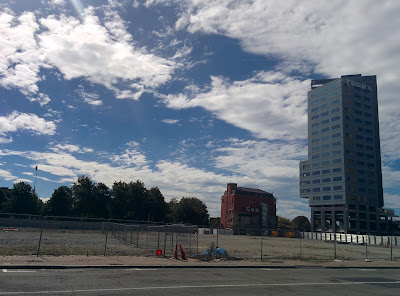 The graffiti added a dystopian feel to it all. 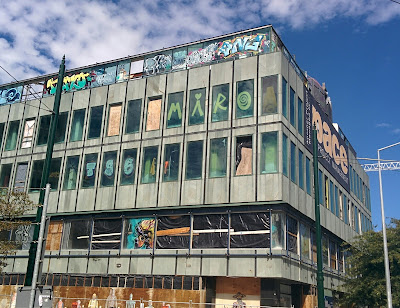 Some still needed structural support and weren’t safe to enter. 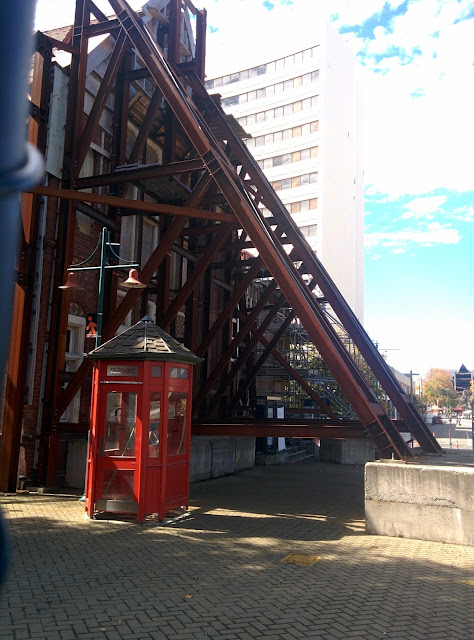 One sector of town had been beautifully rebuilt, but I switched off as the guide began to recount some gripe with the developers “doing it wrong” – which was silly of me because now I can’t present a measured discussion myself… But it’s a picture of nice buildings in Christchurch. 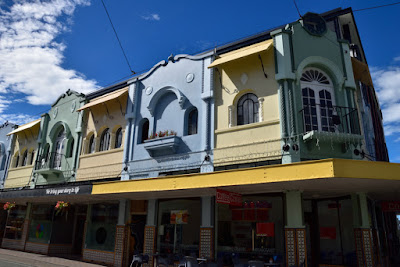 By far the most poignant sight in Christchurch is the simple but effective White Chair Memorial. 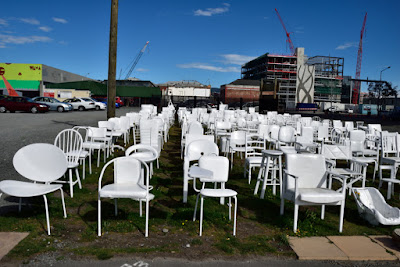 185 white chairs sit on a lot in the city. Each chair represents a person who died in the earthquake. The variety of the chairs, some high chairs and baby seats, shows the uniqueness of each life lost – death is not choosy. The earthquake did not discriminate. 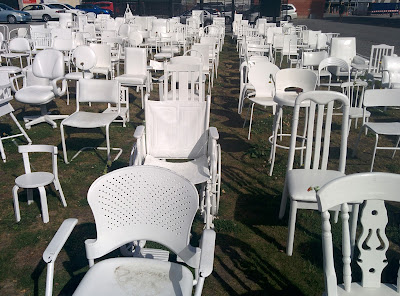 This haunting reminder put it all in perspective for me. The city will recover physically. People will get past their anger and frustration, but those who lost loved ones will never forget, and rightly so.