I’m as far from being a soccer fan as you can get. I just don’t have the patience for it, but during Euro16 I have become a fan of the Irish Fans!

It started when I saw hundreds of them cheer for the Random French Guy on his balcony. Or perhaps it was when they sang “Dancing Queen” with the Swedish supporters. It was definitely after I read about the disgusting fighting by fans from other countries (you know who I mean without me naming them!)

Long before the Irish Fans began changing tires for the elderly, praying with nuns on trains, picking up litter and singing lullabies (of a fashion!) to French babies, I was already proud of the Green Army. Such great ambassadors for Ireland. The only sad thing about it is that people being decent to each other at sporting events was such a News-worthy item!

That said, you do have the nay-sayers – I’m not talking about the hilarious spoof article about how the Irish fans are just going out of their way to be nice as a way to show up the English fans! But I have seen some serious comments that disparaged the fans because they were just there for the party – Well, yes “Hello! Dah!”and whats wrong with that?  Or comments that claimed that the fans in France weren’t real football fans because they didn’t go to local club’s matches during the rest of the season (or some such gripe that I honesty don’t really get.) So these guys have a life – good for them!

Bottom line, they are spreading good will and good humor to the extent that the first thing I do when I hook into the internet over breakfast now is check up how things are going. I have become a convert to the cause. I want Ireland to stay in the tournament for a long as possible because those fans who had traveled to France deserve to stay and support their team. Yes – I even worried if we’d – see I say “we’d” cos I’m Irish and my team is in Euro16 – make it through to the next round. I cried tears of joy when Ireland scored a winning goal against Italy. Yes, I have allowed myself to be swept along in the tide of emotion surrounding this competition, and I like it!

Having your country represented in an international competition is something to sing about and the Irish Fans know how to do that.

But as I was reading through the various news articles, another non-Euro item at the bottom of the page caught my eye. It was about how refugees fleeing Boko Haram are starving to death in their hundreds.

My happy heart skidded to a sideways stop then beat with sadness for these poor people.

From joy and jubilation was terror and unspeakable horror.

I was imagining what it must feel like to not only starve but watch those you love suffer the same and be powerless to stop it. It bent my mind to try to take this in. Do I turn a blind eye? Do I click back…just one click… and ignore it?

What can I do? One person in this storm of hatred and cruelty? I am no-one. I can do nothing.

I felt ashamed of the frivolities of indulging (albeit by proxy) in something as trivial as football. I was disgusted at myself for letting the kick of a ball matter to me when the world is full of hurt and nastiness. And not just on the other side of the planet. Even here in the country that I am currently residing, people dying needlessly from violence. In my city, homelessness and poverty. In my neighborhood, most likely, someone is suffering from domestic violence…

One click away there is a hard, cruel world out there.

For the rest of the day, I felt morose and depressed. How do I make the world a better place when it is so messed up? By laughing at stupid stuff, do I make it worse? Then I realized that my lack of laughter, my lack of joy wasn’t changing anything. It was okay to celebrate the joys that life offers.

One click away, I read a piece about how happy the French were to have the Irish Fans in Paris, how it livened up a city that had become morose since the attacks there last November.

And then I realized that this is how we beat terror. We sing with joy. We dance. We show goodness to our fellow human beings. These “frivolities” are what keep us human. These types of celebrations of joy and humanity hold us back from the black abyss of hopelessness.

Yes, I am the lucky one who can indulge in this. Yes, one click away is someone struggling with something terrible. For that I am soulfully sorry. For them, I mourn. I pray I never have to face their trials. There are few, if any, words that don’t sound trite, and less that will fix the world.

But it is okay to be happy when you can be. It is okay to celebrate when there’s cause to, and it is fine to be proud of a crowd of drunken eejits who put smiles on everyone’s faces…so long as we don’t lose sight of the suffering of others.

Because one click away there is evil in the world and joy is our first line of defense. 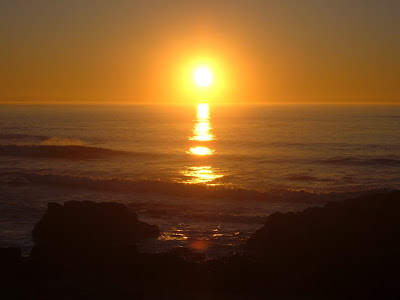