When I look at a map of New Zealand, I imagine that the South and North Islands have been torn apart. The northernmost tip of the sound Island looks like it’s fraying. The coastline line here is so recursively folded in upon itself that it’s nearly impossible to trace a route out to sea from some of the deepest recesses of the Sounds. It’s a bit like those mazes you got in kid’s activities books – find the path from A to B!

Some accommodations in this part of New Zealand are only accessible by float plane.  I wish I were telling you about how we took a float plane to one such location, but neither time nor budget permitted that. Instead, we went to the moderately more accessible Anikiwa, a tiny little gathering of homes on the edge of the deepest tip of the Queen Charlotte Sound. We stayed in a delightful place called Anakiwa 401. This place is like a back-packers for grown ups in that it had the communal kitchen like you’d share in a back packers, but we had our own en-suite and access to our room from outside. The decor was charming, as were the owners and their fur family! To top it all off, we lucked out and were the only ones staying that night, so we basically had the run of the place.

The accommodation was across the road from the Anakiwa jetty. 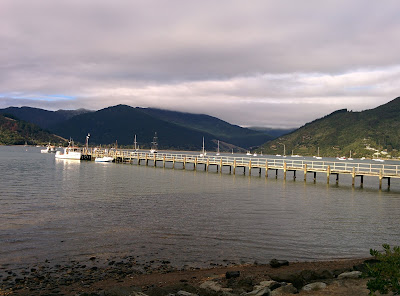 It is also where the Queen Charlotte Track ends too.

Our hosts were very informative about the area. They told us where to go to see glow worms (for free) – It’s top secret, so I can’t tell you where to go, but if you stay at the 401, they’ll divulge all.

Anyways the directions were simple enough, culminating in the instruction to “stop just before the bridge and simply turn off your torches.”

I’d seen glow worms before and knew how amazing they were, but My Husband took some persuading especially since we had to go at night, in the dark. It wasn’t that he was afraid. He says it’s because I was such a jittery-bug and jumped at every little noise which then set his nerves on edge. But off we went… and when the moment came to switch out the lights were we plunged into darkness … until these little tiny lights appeared all around us, twinkling like close-up stars 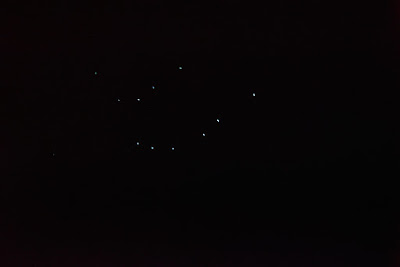 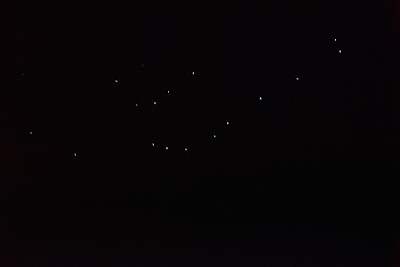 Glow worms are actually the larval stage of a type of fly that dangles sticky threads. Their light attracts flying insects that get stuck in the treads. The larvae then reel ’em in and scoff ’em! 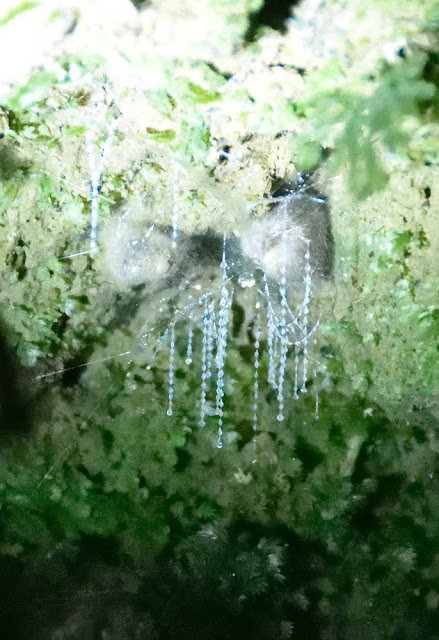 Our hosts had also tipped us off to the fact that the sea water had phosphorescence. I’d also seen this phenomena before. My Husband hadn’t. so I felt like a sorceress weaving magic as I marched to the end of the jetty with a stick in my hand.
I stirred the water and sure enough, it sparkled with phosphorescence! I splashed the water some more and felt like I was casting magic into the ocean. My imagination then took a u-turn and fed my brain with images of creatures rushing up from the deep and swallowing my arm! Enough magic for one dark evening.

Next morning, we reluctantly had to move on again. As we left we could see our host out water skiing – what a life! 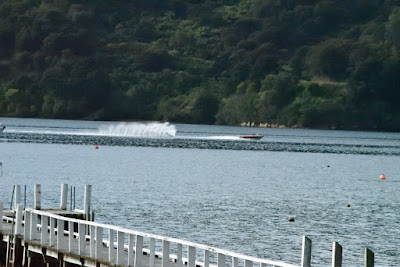 As we drove closer to Picton, where the ferry from the North Island arrives we stopped to look at the view. A delicious smell of fragrant wood filled the air. 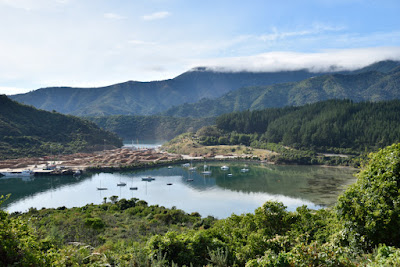 We realized, on close inspection, that we were overlooking a lumber yard in the distance, yet it still looked pretty! 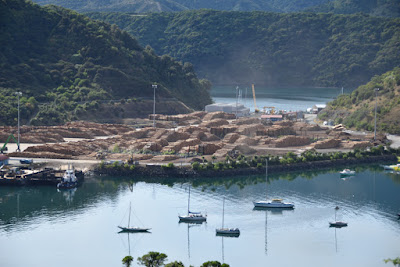 We passed Picton and headed south for Christchurch. The scenery changed again so that in the blink of an eye we felt like we’d driven straight into California! 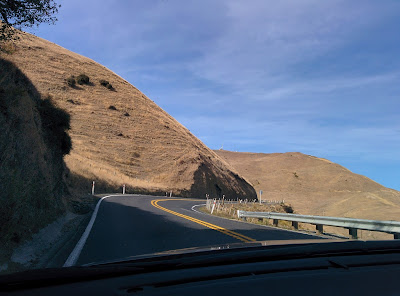 New Zealand is full of magic and surprise!