Taupo Lake is the caldera of a super volcano. It has produced two of the world’s most violent eruptions in  recent times, geologically speaking. It tends to go off every 900 or so years, yet hasn’t done so in 1700 years soooo … yep …. looking a little overdue there buddy!

It may not be as big as Yellowstone. It’s eruption would likely to be more of a national catastrophe as compared to the annihilatingly global cataclysm that Yellowstone would be, but still, I wouldn’t want to be hanging around there when it blows!

However, now that we were here we were determined to make the best of things – not a hardship since we had a beautiful lake to play on and the locals were so friendly when we’d ask for directions! 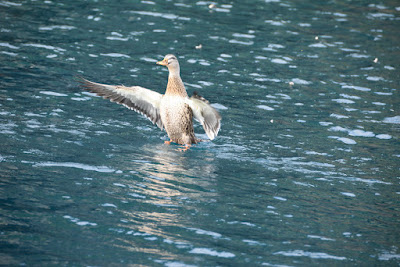 We decided to go to see the Maori Rock carvings, only accessible by boat or air. 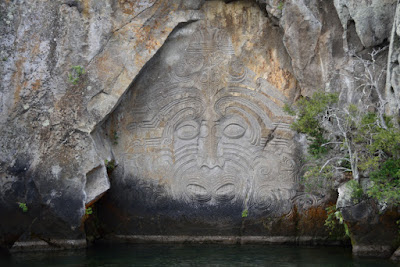 We choose to sail out on the Barbary yacht. At $40 each for the afternoon it was the best value for money of any excursion we had in New Zealand and one of my favorites. 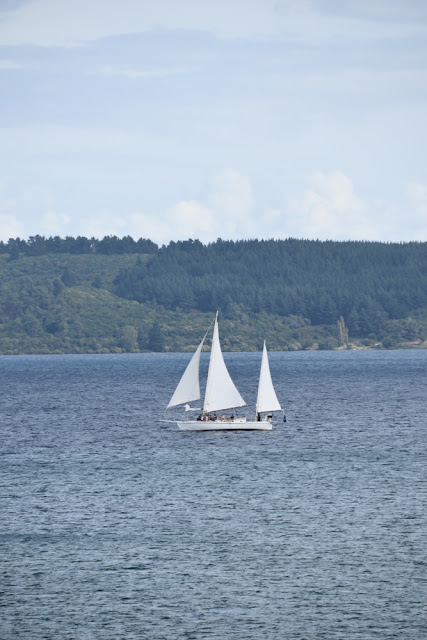 The weather was beautiful. The wind would take us straight to where we wanted to go. 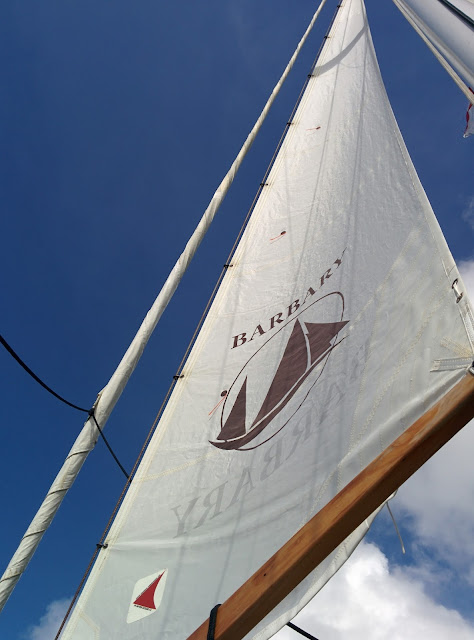 I was intrigued as to how we’d get back – it’s not like the wind would conveniently change direction for us. Although I knew the physics of tacking and could draw out the vectors of the forces involved on a piece of graph paper, as I’d done for A-level maths and physics, I’d never seen it in practice and secretly didn’t believe it would work! Sort of like how you can’t believe you can make water boil in an paper envelope held over a candle until you actually do it! 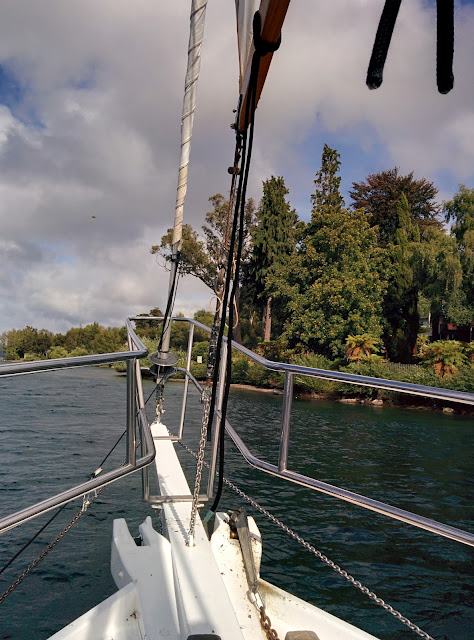 Made in the 1970’s, the Maori rock carvings aeren’t ancient or anything (though my nephews would say that was ancient!) but they were big (10m high) and beautiful and that was good enough to attract tourists. 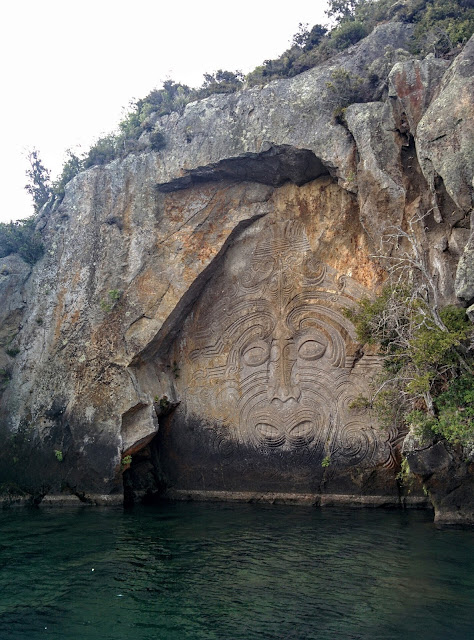 On our way back the wind didn’t change direction and the tacking proved to be a very long winded (pun intended) way to travel back (and forth and back and forth) across the bay until the Skipper, a very witty and entertaining chap, decided we had enough of sailing and switched on the motor – Understandably, since he needed to get back by a certain time to take out the next tour. But a cocky little devil in the back of my head kicked back, folded its arms and said with a wink and a smug smile, “Told ya it wouldn’t work!”