So far on our trip in New Zealand we’d only spent one night in each place (apart from Christchurch.) In the North Island we decided to change that and to stay in fewer spots for longer. This meant that we’d not get to visit the Eastern Cape, but we were reconciled to that.

I’d pre-booked all of our accommodation with Hotels.com before we’d left for Hong Kong in February. I was able to change all but one of these bookings. We were bound for Ohiwa on the Bay of Plenty, near Whakatane (pronounced Fuk-a-tan-nee!) whether we liked it or not! 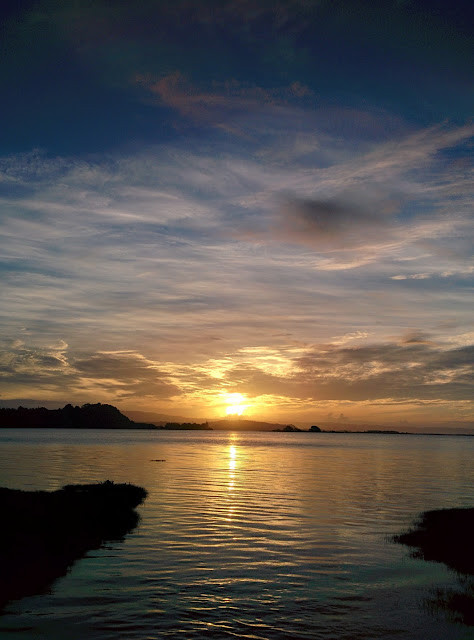 Whakatane is claimed to be the sunniest place in New Zealand. It is also the departure point for the boat trip out to White Island – an active volcano in the ocean. The trip costs NZ$199 each but we’re such geo-nerds we decide to splash out – no pun intended!

The accommodation – the Ohiwa Beach Holiday Park was a little off the beaten track and on the opposite side of  a large lagoon from Whakantane. 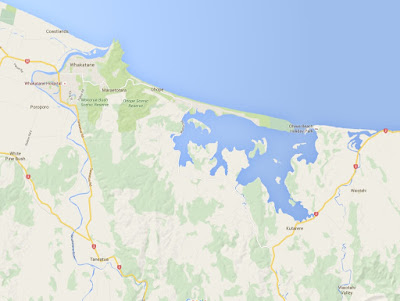 The coastline had intrigued me when I was first researching this area as a stop-over. I’ve always  loved to pour over maps and try to imagine what the place looks like. It’s even better when you can actually go there! Google maps has only served to fuel my obsession with travel.

The Holiday Park itself had very little going on. The sea was very rough – still roiling after that storm that had flooded Franz Josef the week before, and the beach was covered in a very high tide. There was nowhere to buy food. We had to go to the next town about 15 minutes drive away to find food to cook up in our self catering unit. While we were in good cellphone coverage territory we got a text message. Our trip the following day to White Island was cancelled because of bad weather. Ironic really since we’d been in New Zealand’s rainiest place – Doubtful Sound and had had clear blue skies. Now in the sunniest place we had rain and storms!

We greeted this text with a mixture of disappointment – we may never have this opportunity again – and relief – it was stretching our budget a bit.

By the time we’d shopped for supplies,the sun had begun to slide toward the horizon. When we reached the lagoon the world was bathed in golden light and this was the sight that met us. 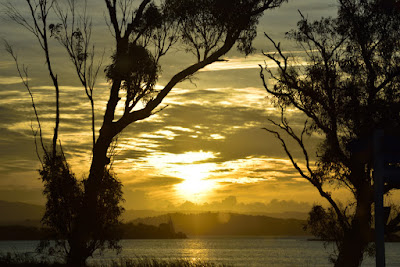 We pulled over and grabbed the cameras. 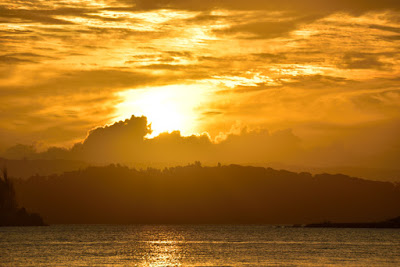 The protected lagoon belied the angry waters out to sea. We soaked in the peace. 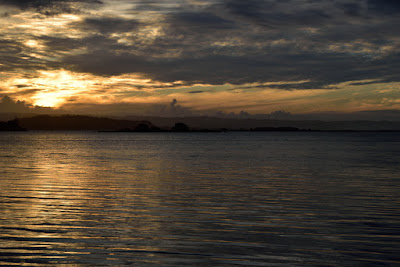 Sure this stop had not worked out as we’d planned, and we’d resented the Holiday Park for not allowing us to cancel, but in this moment it all came together. We sat, just the two of us, drinking in the tranquility of this spot as if it were a fortifying tonic. 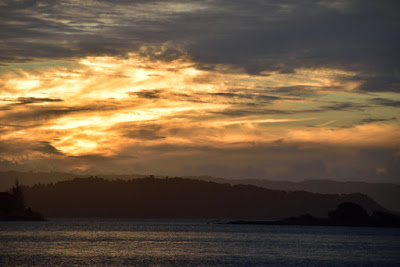 Suddenly a loud plop in the water, then another and another. Fish were jumping all over the lagoon. We even caught one in action – not an easy thing to do. 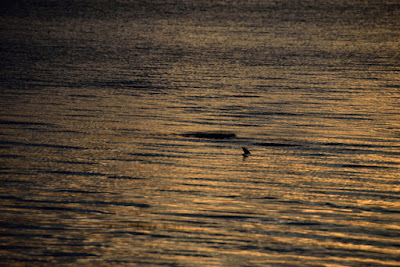 We must have spent an hour there watching the light show of the dying sun and listening to the lap of the water and the kerplick of landing fish. It was amazing, free and unexpected. 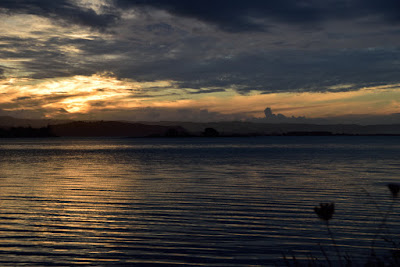 It made me realize, not for the first time, that there is magic in every moment, tucked away in every corner, if you just take the time to find it.