Even the Christmas decorations are extremely artful in Paris. 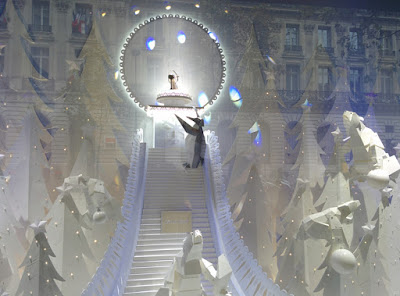 The Galeries Lafaytette Paris has combined art, Christmas decor and environmental education in their display, which celebrates a polar winter to raise awareness of climate-change. 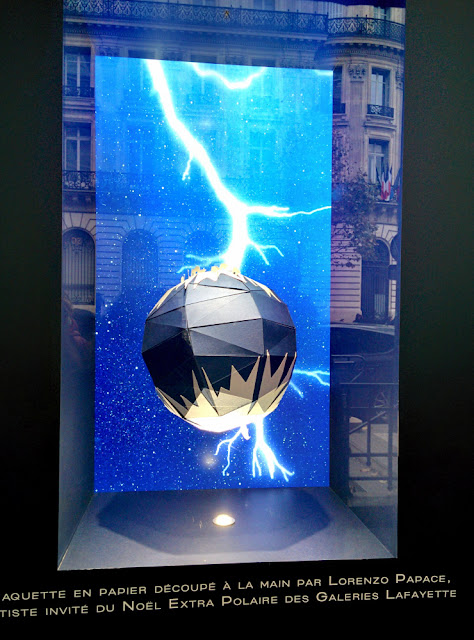 All the decorations are made from paper. I wondered if it was to highlight the importance of recycling. Unfortunately, the website falls short in its explanation of why the artist (yep, a real artist was commission to create the display, not just someone from PR sticking up tinsel in-between interviews for hiring seasonal staff!) 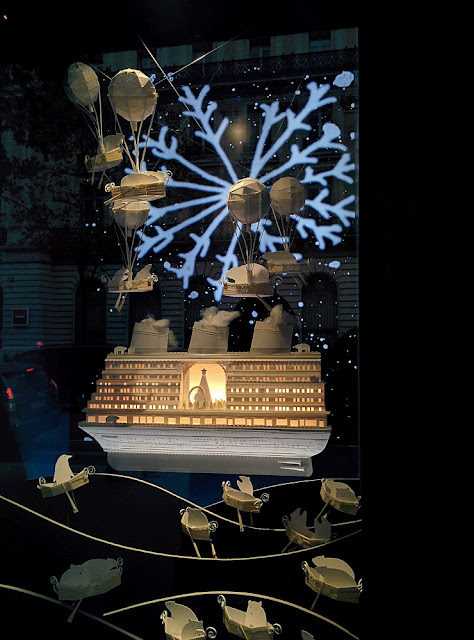 Evidently in the future the poor polar bears will have to learn how to row boats since ice bergs won’t be available but at least the New Paper Titanic will be safe – silver linings, right? 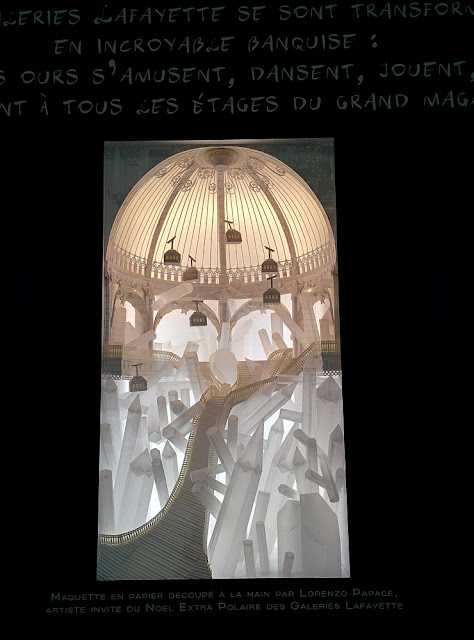 And I wasn’t sure why they had cable cars in an ice cave but like me and most art, I probably missed the point!

With this push for environmental awareness, what’s ironic, but hardly surprising, is the complete fail to discourage people from buying goods they neither need, want or maybe cannot afford. Consumerism is a huge a threat to our planet, but hey! It’s Christmas! 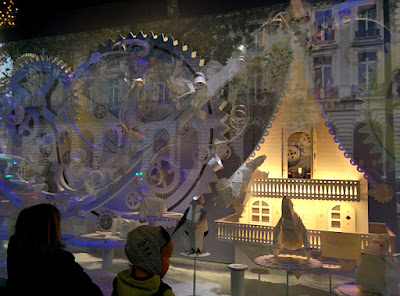 These kids were certainly enchanted.

The most universal symbol of Christmas here in Paris is without a doubt le sapin, the Christmas tree. Galeries Lafayette has a giant paper one beneath their stunning stain-glass dome. 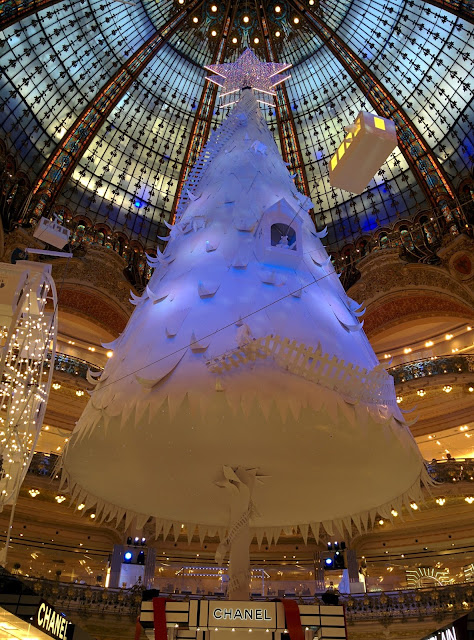 Everywhere you look, there are trees… 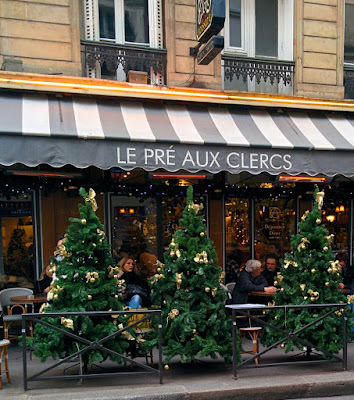 …depicted in some shape or form. 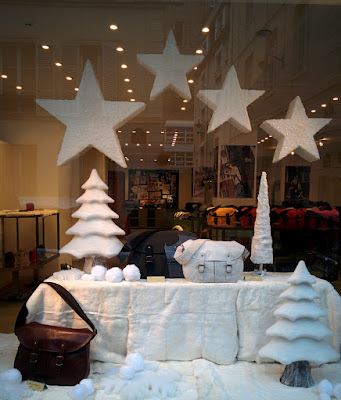 Hung on the wall… 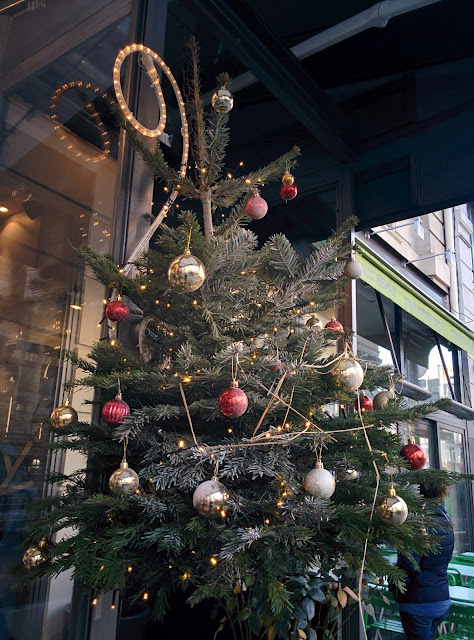 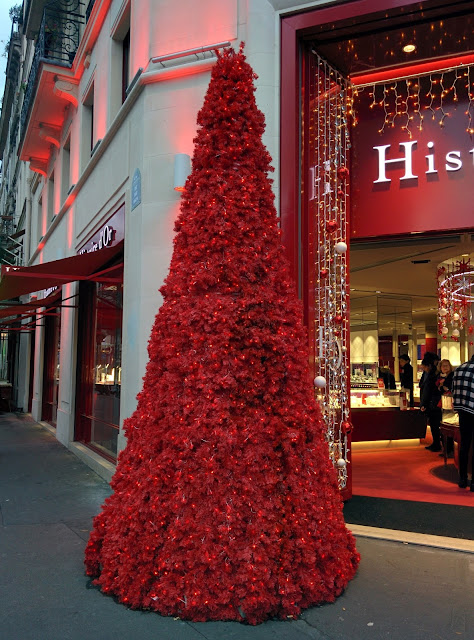 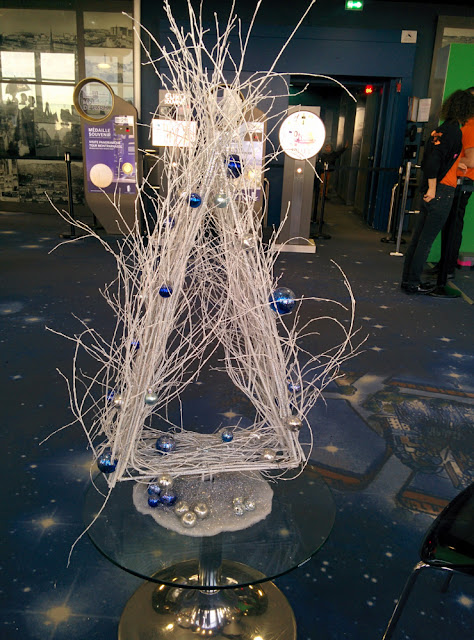 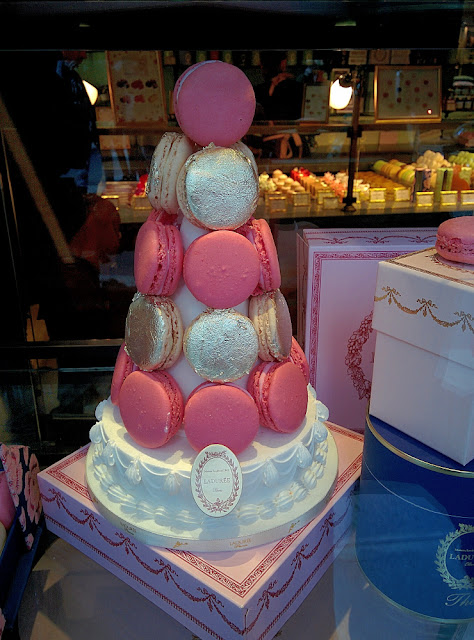 Or other edibles (I think!) 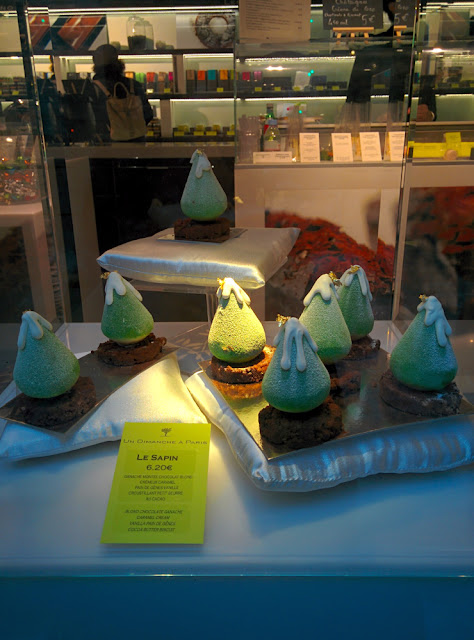 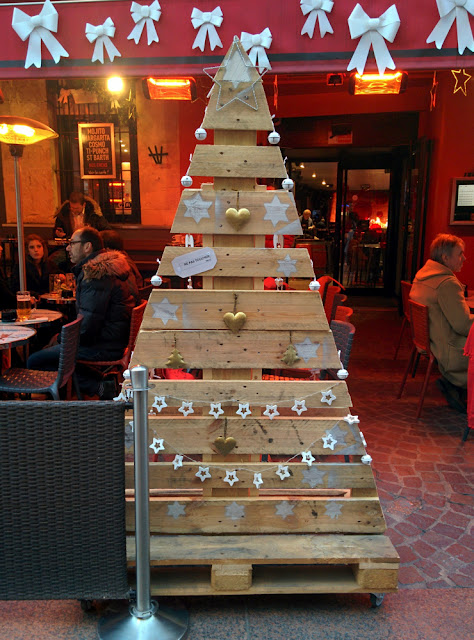 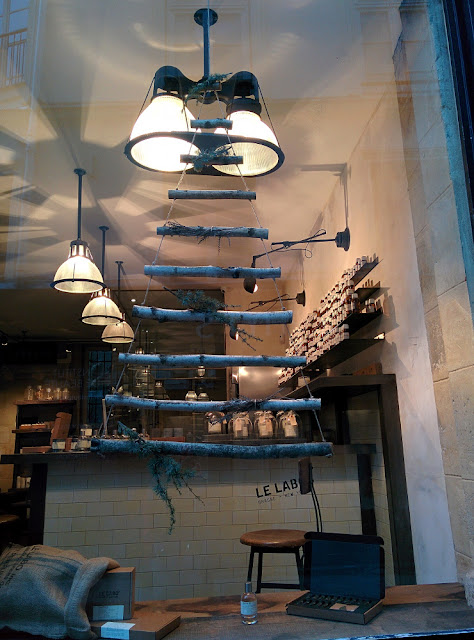 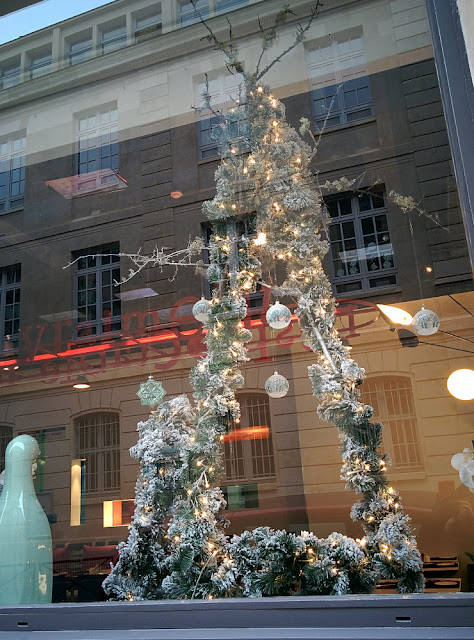 Multi-story ones made with lights… 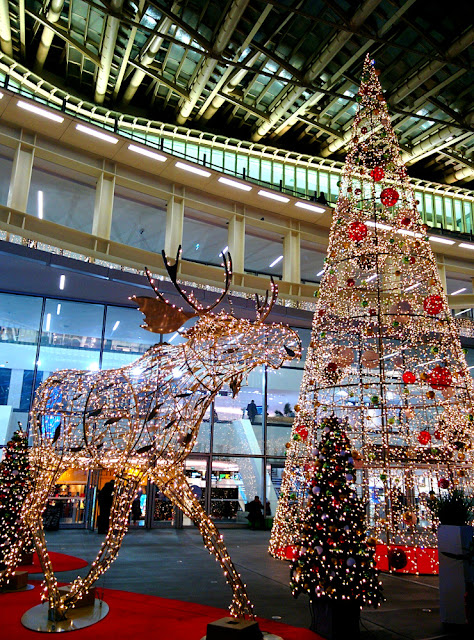 And accompanied by giant moose – to see the scale of these moose, here’s one with humans inside Les Halles – three stories underground in the world’s largest train station! Is it any wonder we were lost inside it for the first month? 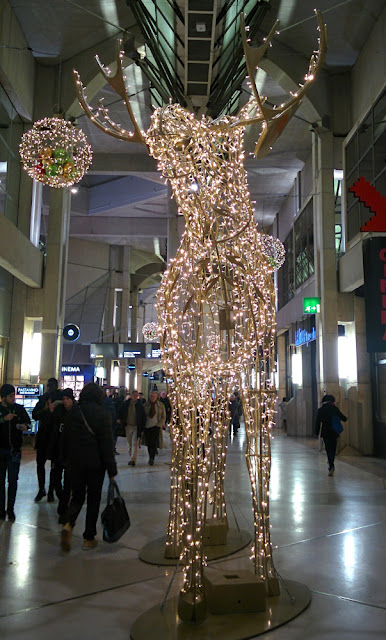 Even Mc Donalds has a pretty nice tree display. 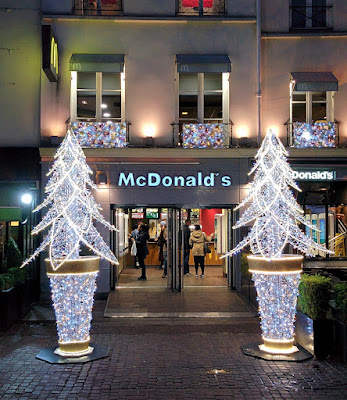 Le BHV Marais went with a ski theme. I’m not sure what their connection with Val d’Isere is, but I can’t fault their taste in ski resorts! 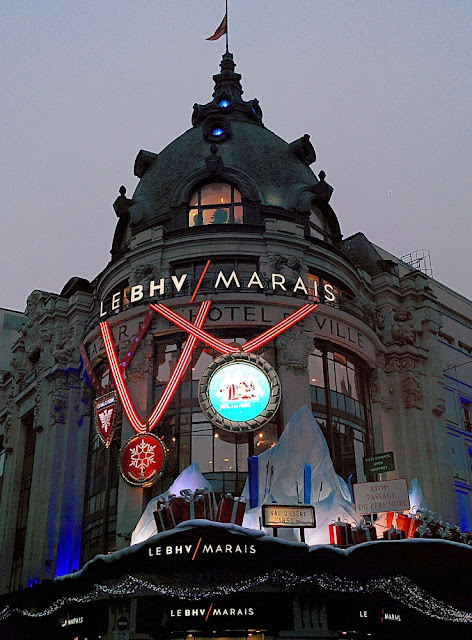 They have Santa Claus doing yoga on a ski lift. 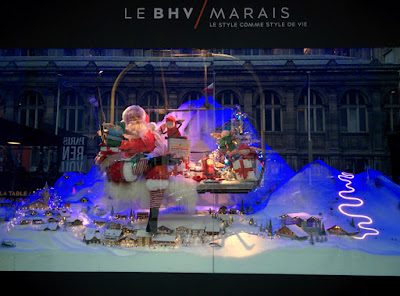 But I don’t feel that the Santa’s are as well depicted as the Christmas trees – really, would you trust your kids with this guy? 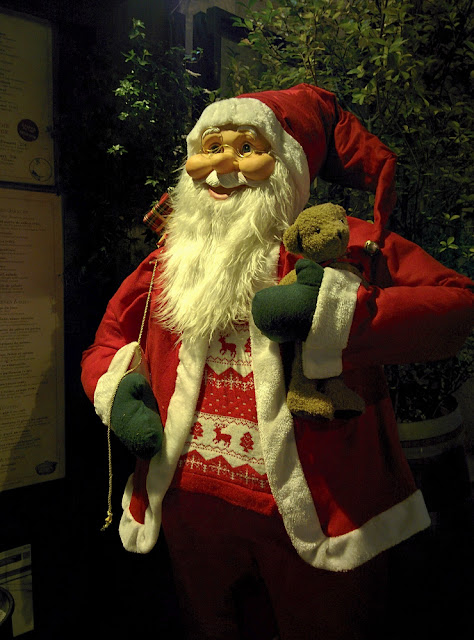 And this Santa is just plain lewd! 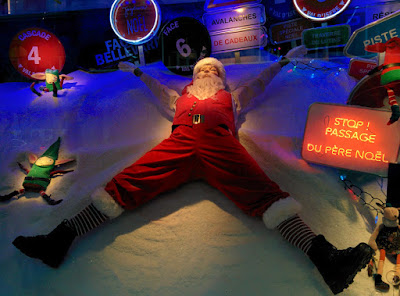 Not sure what the weasel was supposed to represent! Is it a comment on the fashion industry in general? 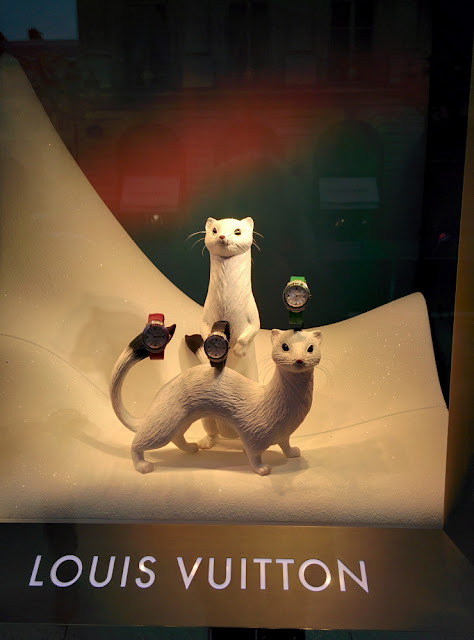 And perhaps with all that Christmas window-shopping you’d like to have your lunch here? 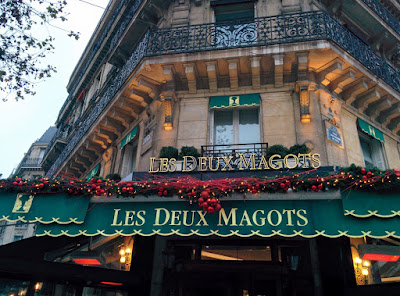 2 replies to Christmas Displays in Paris