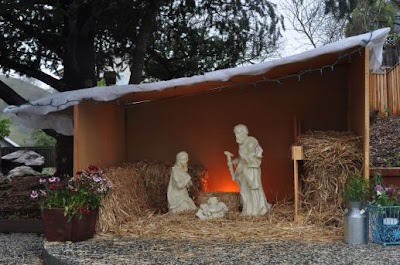 What a week it’s been!  It all kicked off last weekend with the biggest storm we’ve since moving here two and a half years ago.  We had just put up our Nativity scene (or “The God in Box” as its been nicknamed), and I was sure it was going to be strewn all over the street, but it was fine.  Karla was ready to declare it a miracle until I pointed out that it was in a fairly sheltered spot to begin with.

We already had the grow-in-the-ground Christmas tree – our Douglas fir. My husband build a little stable for the figurines which we bought on line from the Catholic Supply Shop.

When I got them (last year) the Joseph statue had his face smashed in.  I called the vendor straight away and they asked if the rest of the order was okay.  Having not unpacked it all, I told them I’d call them back.  I opend up the whole box and saw that the Mary figurine and the baby Jesus figurine were intact, so I called the Catholic Suppy Shop back and got the same woman.

“I’m happy to say that mother and baby are both fine!”  I told her.  We had a laugh at that, then she said “We’ll send you a new Joseph.”

“Do you want me to return the broken one?” I asked.

“Should I send you a photogragh of the damage then?” I said.

“No,” she replied. “We’re in the business of believing!”

We bought the hay for $5 at Dave’s Hay Barn in San Jose.  He doesn’t have a website, but he does have a massive barn with 14 different kinds of hay, and extra friendly staff.  We’ll be back next year – the hay will go on the garden when we take the Manger down.

So back  to the storm…
At first I though someone was outside throwing buckets of water at the bedroom window.  It’s been a while since I experienced sideways rain, (an Irish specialty, alongside Guinness and crackling peat fires – in fact all three go fabulously together!) and despite spending many winter nights enjoying lying in bed listening to the howling winds back in Ireland, here, it seemed a lot more scary.  For one, the Irish houses feel studier, built as they are from solid brick.  The Californian house, of wood and stucco, felt flimsy by comparison – though I’d say a welcome feature in the event of a major earthquake.  Being sited on top of the hill, I thought we were going to get blown away at one point.

Next day the damage was evident, but thankfully, mimimal.  The lemon tree took a hit. 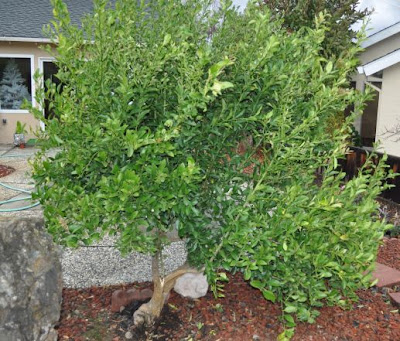 In the end we lobed off this branch.  I was planning on removing some of the lower branches anyways, so this made my decision for me. The peas and the broccoli “tree” were blown over.  Fortunately, the pea plants did not break, and I’ve just put them back and re-staked them.  I’m not sure what will happen to the broccoli. It won’t stand up by itself. 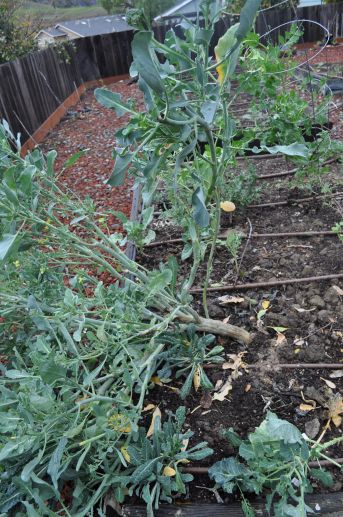 On Monday night, we sat up and watched the eclipse of the moon.  It was fun experimenting with the camera, a Nikkon D5000, and I reckon we got some fairly good shots.  Here are the top ten! 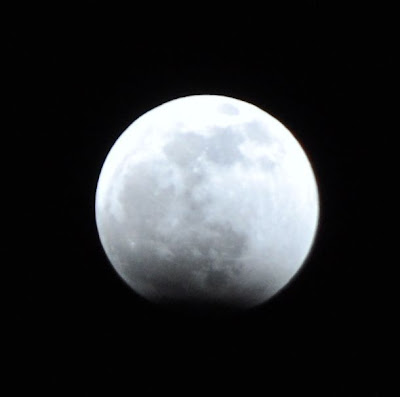 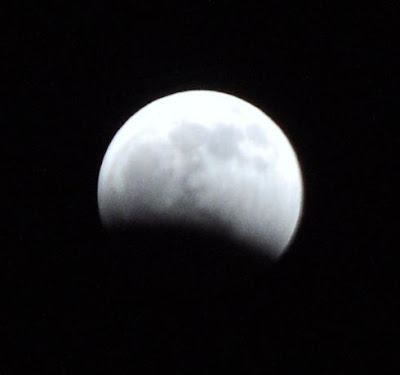 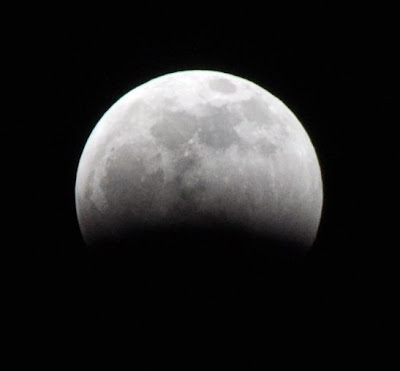 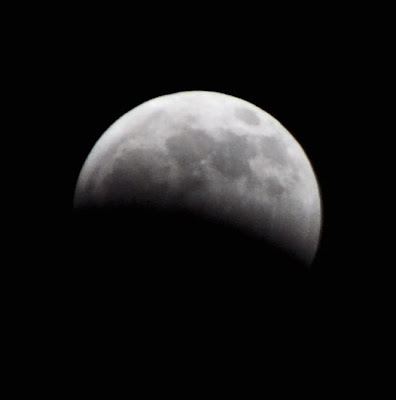 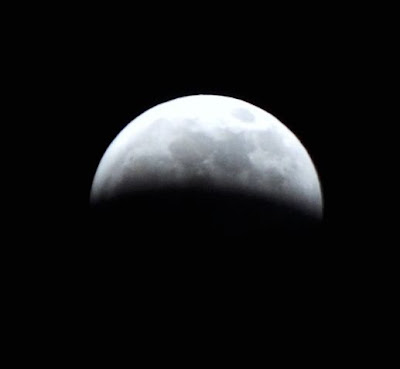 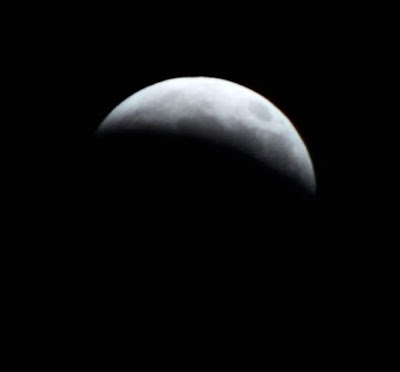 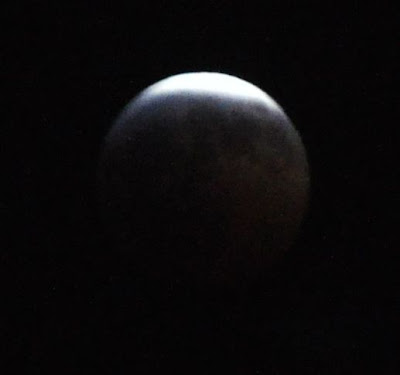 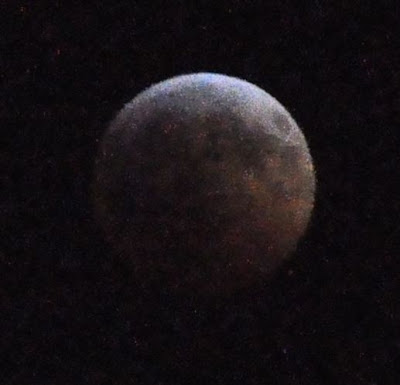 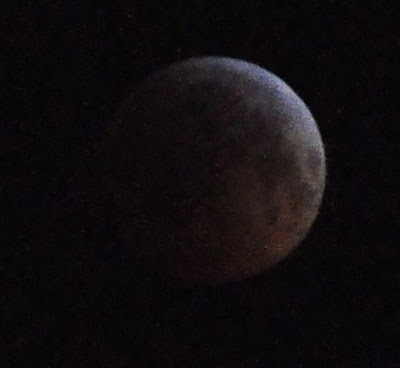 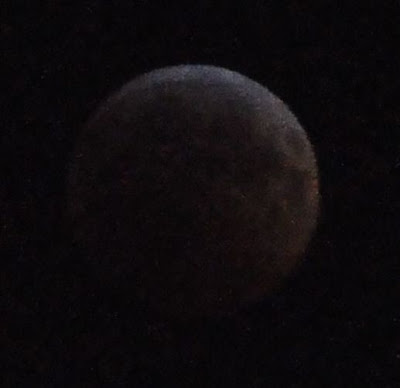 I’m sure with more knowledge and experience we could do better – perhaps by the next eclipse…..

December 21st – the turning point of the year in terms of light.  The days start to get longer and spring will soon follow.  I’m lucky in that I enjoy each season and look forward to the next.  And as we wait for spring to get started we still have Christmas to enjoy.

I hope you have a wonderful Christmas, and if like me, you are unable to be with your family, that you are at least able to spend the day with people you love – as I am lucky to be able to do.

7 replies to Storms, Solstace, Eclipse and Christmas – all in one week!