With spring in full swing it’s a pure pleasure to be out in the garden, though I’d be hard pushed to say when its not nice to be out there doing the gardening thang. This comes from a person who even enjoys to weed. When I saw the first sweet-pea blossom of the year, I knew I had to get the camera out and get my blog head on. 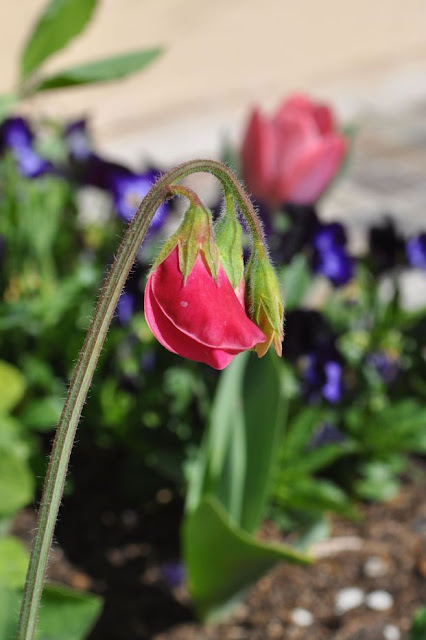 California is a confusing place – not least for plants. It’s been pleasantly warm lately. Not that drilling heat of summer, but the nurturing, come-out-and-play temperature that can see me pottering about looking for excuses to garden (not that one needs an excuse!) But the lack of rain seemed to keep the native plants from bursting into blossom. And the heat is luring the non-natives to early bloom.

Last week I had my sister, brother-in-law and two nephews to stay. In a panic at the lack of bloom in my garden in mid January, I bought few bedding plants to fill out the containers at the backdoor. 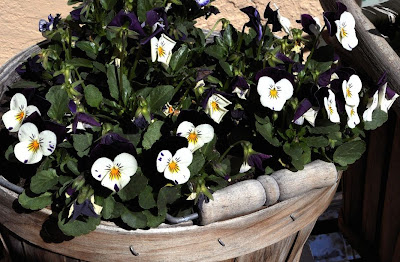 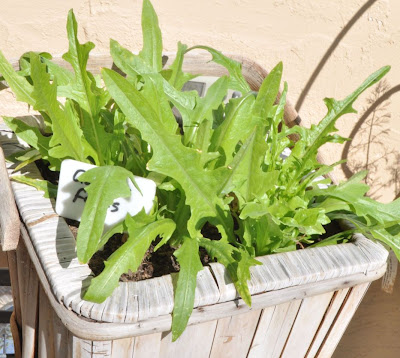 You can keep planting lettuce through the summer so long as you give it some respite from the hottest sun of the day. Cilantro is a cool season plant and at it’s peak right now. In a few weeks (even days at the current temperatures) it will bolt, but until then it’s on the daily menu. 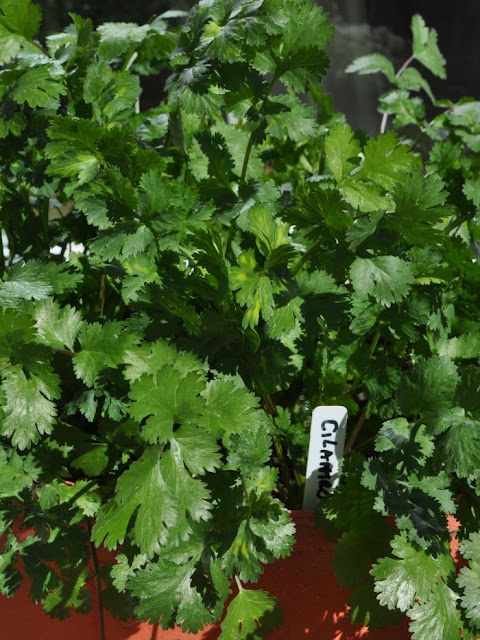 The rose bush that I mercilessly pruned back in January has leafed out beautifully. Can’t wait to see the blooms. 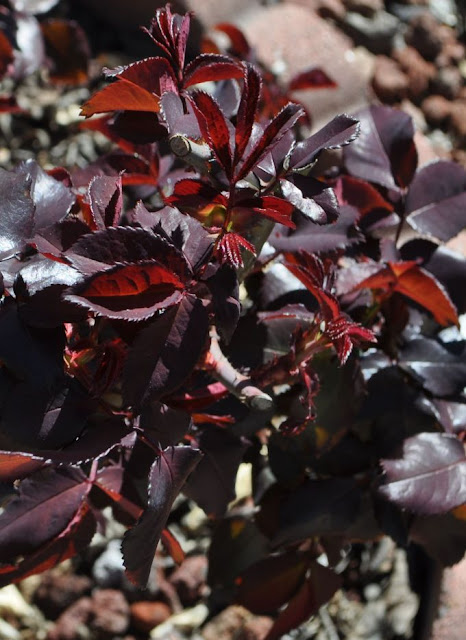 I must admit to being proud of my garlic. But why so? Garlic grows so easily here and there doesn’t seem to be any pest that eats it, so really is it all that much of an accomplishment? 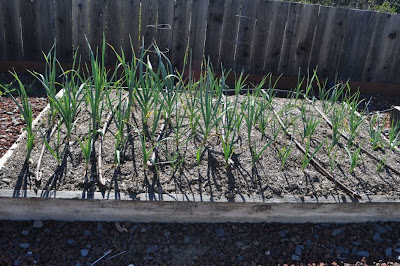 My new Kiwi vines have burst their buds. Here is Mr Kiwi. 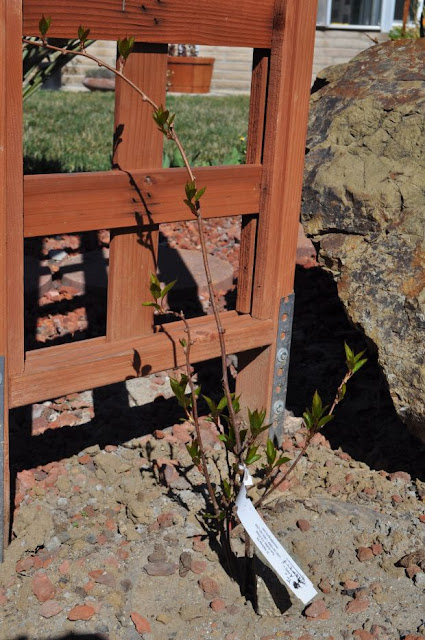 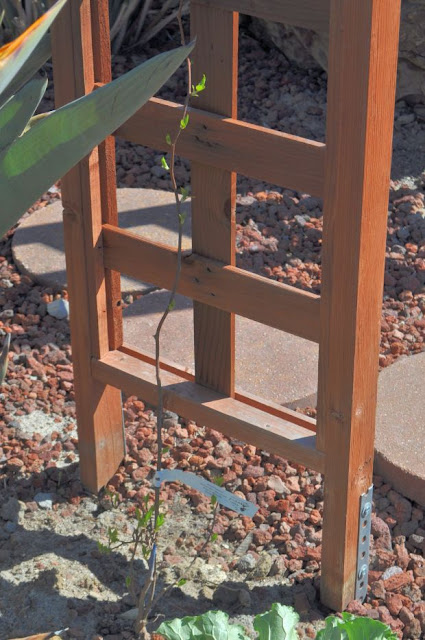 The majority of plants have both male and female parts – usually in the one flower. Like this cherry blossom which quite literally just sprung open today. 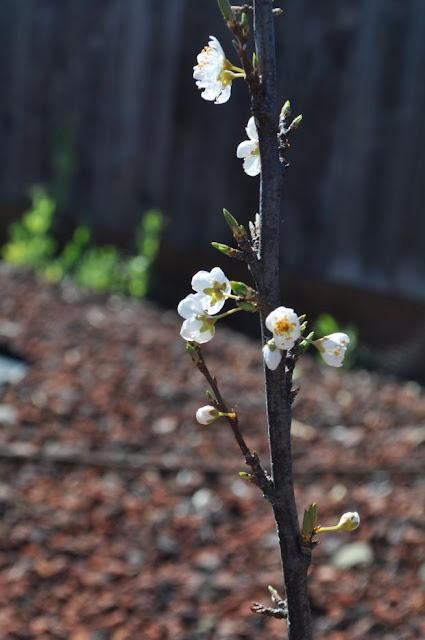 I was delighted that the almond (always the first to blossom) had bloomed last week when my sister was here. 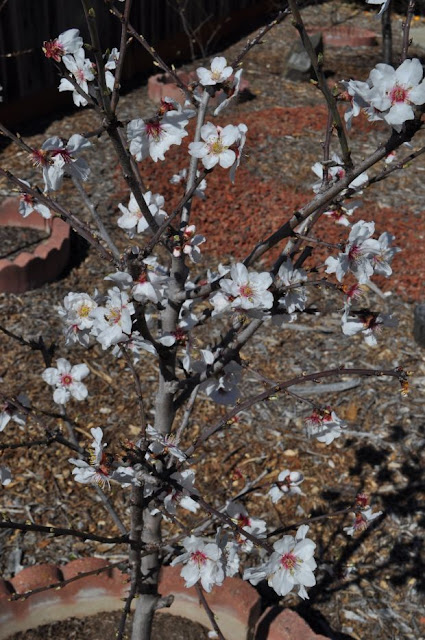 The weeping satsuma plum also had one or two pretty flowers to offer. 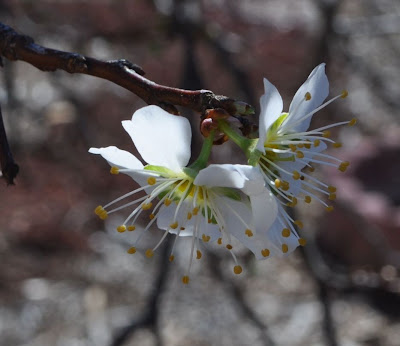 It’s orange season now in California – the trees are dripping with delicious treats! I’m spoiled for eating oranges from the store. I only eat the home grown ones now which means for much of the year I go without. I remember my Dad telling me what a treat oranges were to them as children in post WW2 Belfast. I can see how that would be when such delicacies are hard to get. 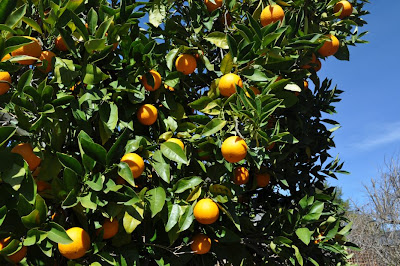 My favorite blossom has to be the nectarine tree. 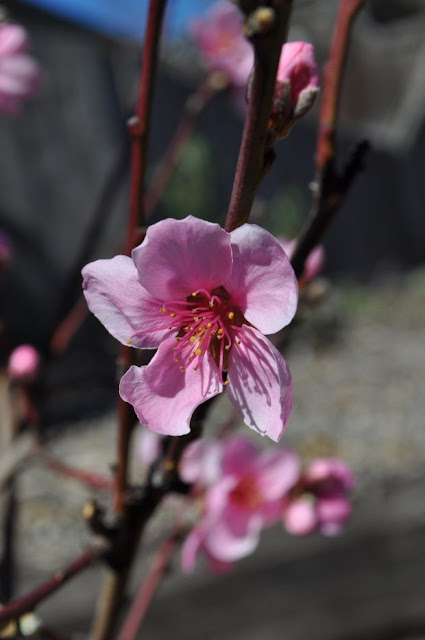 And how wonderful to stand beneath the plum tree and look up at the blue sky through the blossom. I’d have to wait until May to do this back in Ireland – but it is equally as wonderful – if not more so in the same way as those things which are rare are so much more precious – like the tasty oranges! 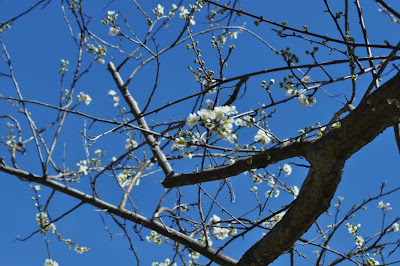 Thankfully the native plants are now agreeing that spring has arrived. My dwarf buckeye has leafed out. 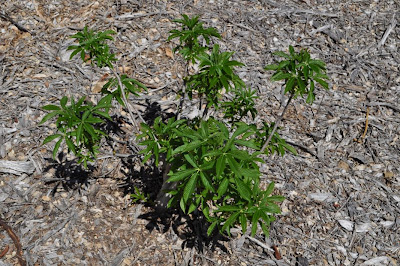 The manzanita has popped out a few tiny blossoms, under duress due to lack of rain. 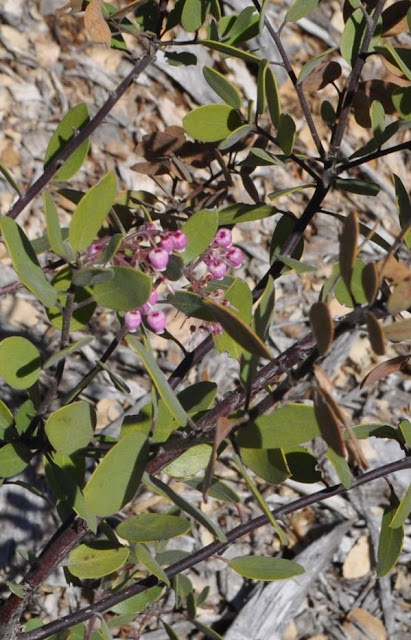 And the cheerful checkerbloom brightens up a corner. 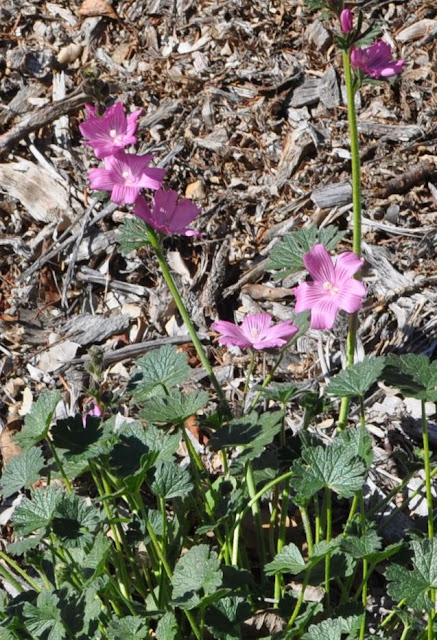 In the pots by the back door one last oriental poppy burst open. They lasted until my sister’s visit and promptly died back, popping back up once she’d left! 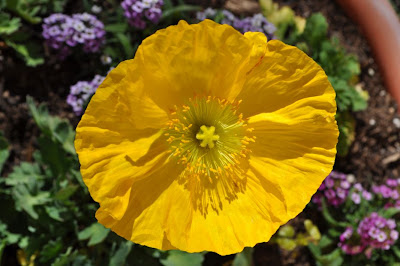 The show of daffodils is nearly over – they did stick around for my guests to see. Though the kids were more interested in spotting lizards than blooms! They were great at digging up carrots and picking peas though. Practical , my nephews. 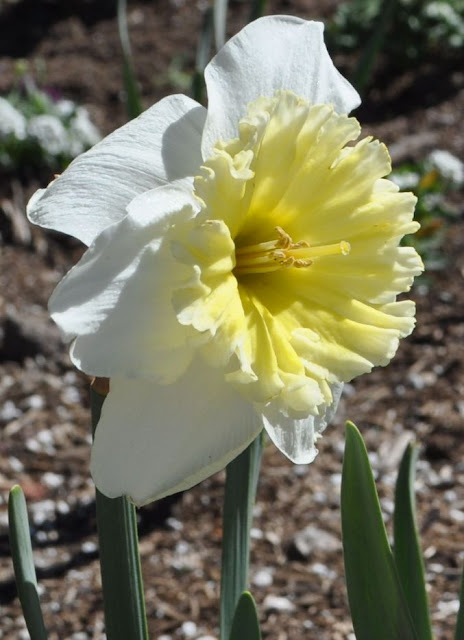 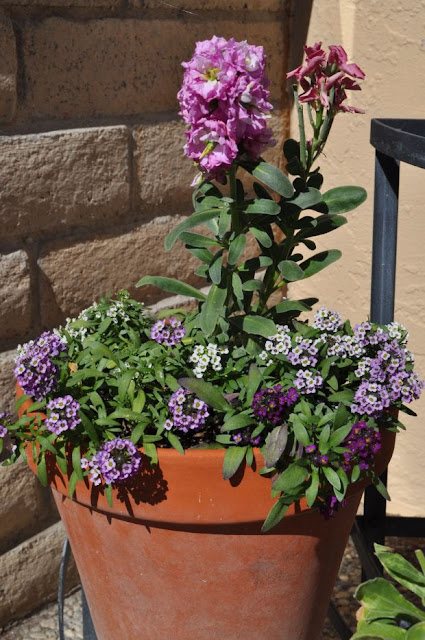 This container has chives and dill to add a functionality to the dainty violas. 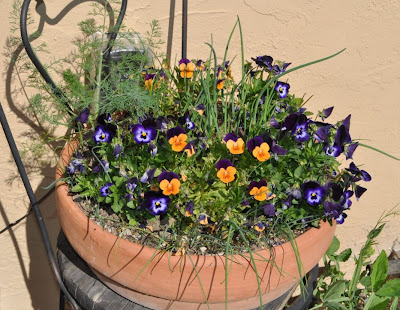 And though small, this exquisitely formed blossom is my pride and joy – rosemary from seed has finally blossomed. And I never realised how beautiful its flowers were. 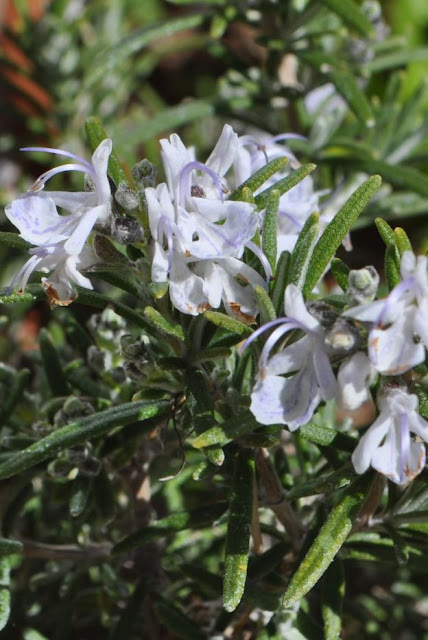 Last week was wonderful with the family visiting. I will post about the tourist attractions in the South Bay next time. Me – I’m still catching my breath after entertaining a 4 and 6 year old – but I wouldn’t have missed it for the world